A 20,000-Year-Old Wooly Rhinoceros Was Dug Up From Russia’s Permafrost And It’s Wild How Intact It Is 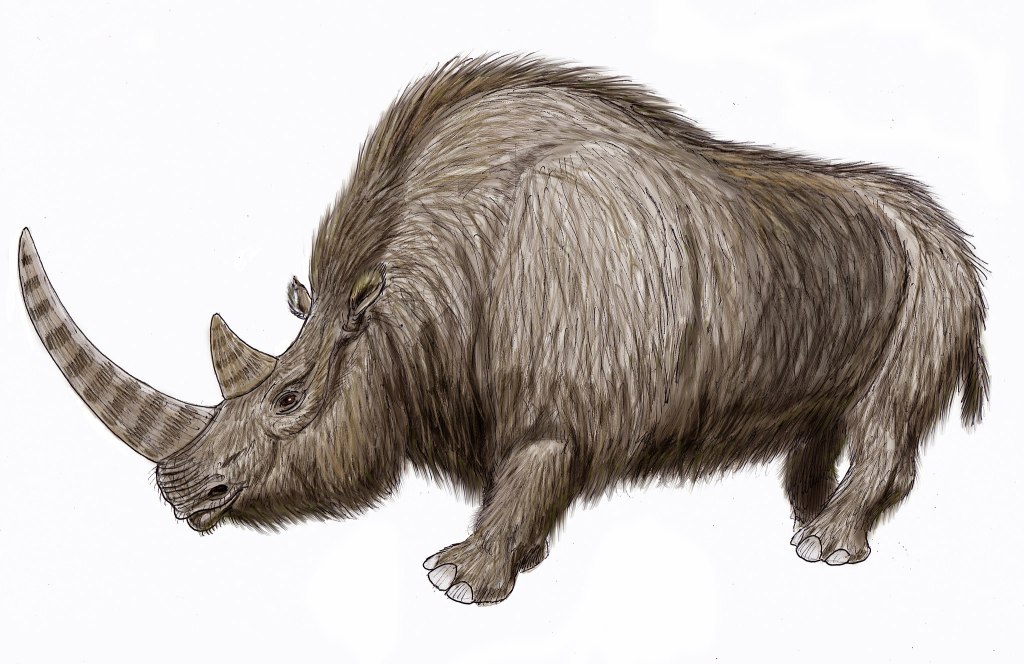 An animal dating back at least 20,000 years was found during a dig in Russia’s permafrost and it’s over 80% intact and straight-up wild to see. The woolly rhinoceros (Coelodonta antiquitatis) was once a common species throughout Europe and Northern Asia. On average, they were between 9.8 to 12.5 ft from head to tail and would weigh between 4,000 and 6,000 pounds once fully grown. Their closest living genetic relative is the Sumatran rhinoceros but looking at a picture of them they almost appear as if a unicorn made babies with an American buffalo.

These Wooly Rhinos had two horns, one big and one small(er). The bigger horn would measure up to 4.6 feet and the horn itself would weigh over 33 pounds. As you can tell, I’m learning all of this on the fly because I’ve only ever heard of this species once before today. It’s not like this is one of those animals they taught us about in elementary school.

Well, according to the Siberian Times, archaeologists found a juvenile (estimate 3 to 5 years old) wooly rhino ‘in permafrost deposits by river Tirekhtyakh in the Abyisky ulus (district) of the Republic of Sakha.’ I did a quick search on Google Maps of that location and it’s in eastern Russia almost straight north of North Korea.

It is a little grizzly. After all, it’s a 20,000+ year old animal and not a newborn bunny. But it’s crazy to see how intact it is:

The juvenile rhino with thick hazel-coloured hair and the horn, found next to the carcass was discovered in the middle of August in permafrost deposits by river Tirekhtyakh in the Abyisky ulus (district) of the Republic of Sakha.

The sensational discovery is still in the Arctic Yakutia waiting for ice roads to form, so that it can be delivered to scientists in the republic’s capital Yakutsk.

It is the best preserved to date juvenile woolly rhino ever found in Yakutia, with a lot of its internal organs – including its teeth, part of the intestines, a lump of fat and tissues – kept intact for thousands of years in permafrost.

‘The young rhino was between three and four years old and lived separately from its mother when it died, most likely by drowning’, said Dr Valery Plotnikov from the Academy of Sciences who has been to the discovery site and made the first description of the find.

‘The gender of the animal is still unknown. We are waiting for the radiocarbon analyses to define when it lived, the most likely range of dates is between 20,000 and 50,000 years ago. The rhino has a very thick short underfur, very likely it died in summer’, Dr Plotnikov said. (via Siberian Times)

It’s absolutely wild that its last meal was intact in its stomach too. They are waiting on analysis of the contents from the rhino’s stomach and internal organs to try and determine what exactly it was eating. Despite its awesome horns that I would’ve assumed was for picking up monkeys out of trees, the woolly rhinoceros primarily ate grass and sedges. Due to their massive sizes, they had to eat A LOT of grass to sustain themselves which wasn’t exactly easy during an ice age.

To read more about this fascinating discovery, you can head on over to the Siberian Times which has a lot of information about this discovery along with a few other rare discoveries from this year including two extinct cave lion cubs.