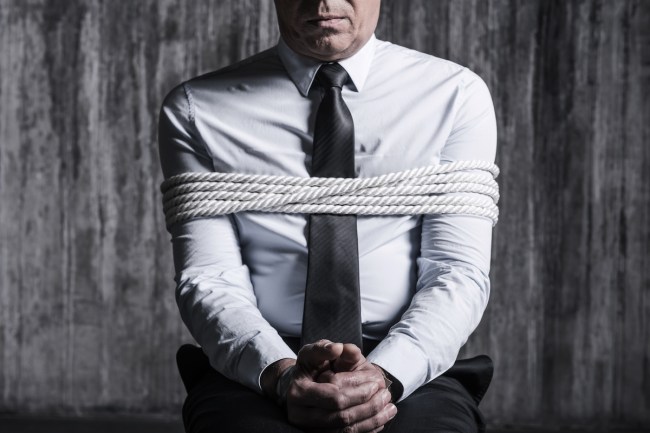 A 19-year-old kid from Arizona hates his job so much he decided to call out using the “I was kidnapped” excuse.

Soules was found earlier this month with his hands tied behind his back with a belt and a banana around his mouth near a water tower in Coolidge, Arizona.

According to the Casa Grande Dispatch,  Soules originally told police that “two masked men had kidnapped him, hit his head and knocked him unconscious.

Soules went so far as to say the perpetrators drove him around before leaving him by the tower.

Here’s a photo taken by police of the suspected kidnapping attempt.

We all want to get out of work sometimes but this is taking things a bit too far!#BrandonSoules #Coolidge #Arizona #news #instagram #arrest #Kidnapping https://t.co/5pjevSviuY

Finally, Soules confessed to the cops that he made up the entire story to get out of going to work.

Soules was arrested on suspicion of false reporting to police.

Look, I understand the feeling of not wanting to go to work, but no good can come from a fake kidnapping.

Eventually, you’re still going to have to go back to work and answer thousands of questions from the cops, coworkers, friends, neighbors. And then you become the guy who got kidnapped.

Unfortunately, none of the news articles explain exactly what Soules did for work, but next time he should call out sick, quit, or get a better job.

And if you’re going to quit, quit in style like this pissed-off Walmart worker or this guy who sprayed down his boss’s office with champagne.