This New Fan Theory About ‘Avengers: Endgame’ Involving Doctor Strange Will Twist Your Brain Into A Knot 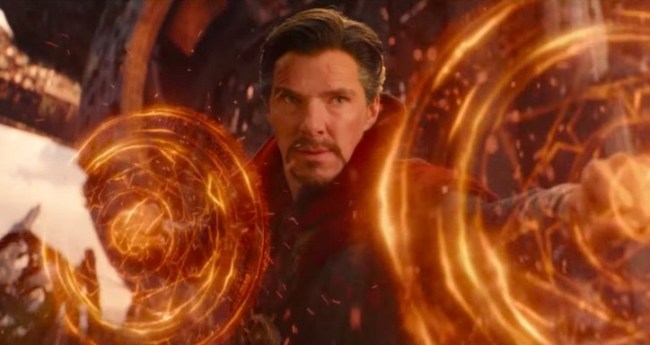 Has there ever been a movie or television franchise that has produced more fan theories, conjecture and speculation about both what has happened as well as what may happen in its world than the Marvel Cinematic Universe?

Fans of the franchise were already well down the rabbit hole before Avengers: Infinity War sent Marvel fans into a tizzy with “the snap.”

Mix the fact that Infinity War was only one-half of the story with an entire year to think about it before Avengers: Endgame hits theaters and Marvel fans are leaving no stone unturned trying to figure out how the story will be resolved.

So if you are one of those fans who has been wondering what most of us have been wondering, here’s yet another excellent fan theory put forth that centers around Doctor Strange.

Earlier this week, Reddit user TrustMeImAnEngineer_ dropped this bombshell on us…

The common consensus I’ve seen here on Reddit is that when Doctor Strange uses the Time Stone in Infinity War to see the future, he sees the entirety of the coming events and that the snap had to happen as it did so that it could be undone. I disagree. I think it makes sense based on what happens in the movie that he only looked at how to win the battle on Titan. This also makes the storys of Infinity War and Endgame more interesting.

The smoking gun for this theory is that Strange does not tell Tony the plan post-Titan. There is time while discussing the plan for the battle of Titan to tell him what needs to happen, and also time after Thanos leaves for Earth. Despite this, everyone is unprepared when people start getting dusted, and in the Endgame trailer Tony think’s hes about to die in space. If it’s a one in 14 million chance, every piece has to be in exactly the right place at the right time. One of Strange’s biggest character flaws is that he rarely trusts the competence of others, and he absolutely would not gamble on someone else’s ability to figure something out if he didn’t have to.

Even Strange, despite his god complex, can’t control every single little detail, and one of those details shifted the outcome just enough to make Star Lord throw a punch. Why would Strange keep looking after Titan is lost? Everything we’ve seen of him so far in this movie indicates that he thinks that he is the only hope for the universe and that if he loses the Time Stone it’s over.

Anyone else disagree with the fact that Doctor Strange is going to play some sort of key role in Avengers: Endgame? Even though he was one of those who disappeared? No? I didn’t think so.

Here’s how the story is better when not undermined by clairvoyance:

This turns the giving up of the stone into a huge character moment instead of a chess move. Tony does something before his eyes that even Strange himself couldn’t do. He made Thanos bleed. Strange decides that instead of fighting to the last man in a battle he’s lost, he’ll be an actual hero and save someone. He finally understands that this conflict is bigger than him and that he will have to trust others in order to win.

This also doesn’t take the wind out of the sails of Infinity War’s ending. That loses its impact if it’s all according to plan, but maintains its impact if the Avengers are on their own. It leaves the door open to a bittersweet ending to Endgame.

Thematically, it also goes back to what Captain America says earlier in the movie, “We don’t trade lives.” It makes the Avengers foils for Thanos. Thanos sacrificed the life of his daughter for a stone. Strange – and by proxy the Avengers – sacrificed a stone for a life. This again is undermined if it’s all another move in a chess game.

Now… as interesting all of that is, you also have to throw this comment by Redditor Lozt-Zoul into the mix, then it gets even more wild.

In Dr. Strange, the previous grand master could not see past her death, she mentions that several times. How would it be possible for Strange to look past the battle in Titan?

Would he be able to see past the battle in the future in which he is brought back to life after being dusted, and therefore he knew that was the one? Or what would support the theory of him seeing past the battle of Titan?

In that peculiar timeline, he dies, there’s a blank and then he comes back, he sees that Tony Stark was part of the reason why he came back.

Deduces that the winning timeline is one in which Tony Stark is alive.

Tony Stark is about to get killed.

Stephen Strange connects the dots… “if we need a chance to win, Tony must not die.”

If not, watch these other Marvel fan theories and be sure to have some Dramamine handy.