These Two New ‘Avengers: Endgame’ Fan Theories Will Send Your Brain Into A Tailspin 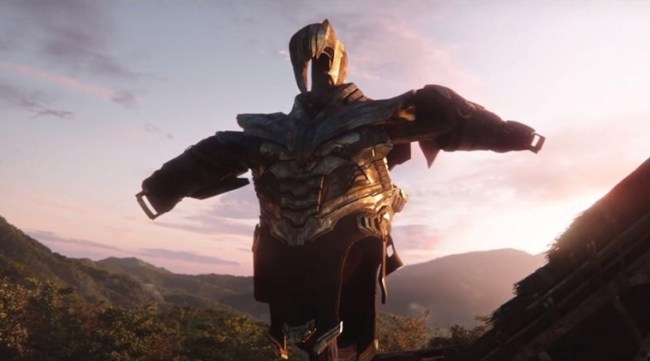 What did fans of TV shows and movies do before the world wide web was a thing when they had a theory about what they thought was about to happen to their favorite characters? Did they write letters? Call everyone they knew? What an archaic time that was way back in the dark ages of the 1990s.

Of course, back then people didn’t have things like the Marvel Cinematic Universe. All they had were less-than-stellar Marvel flicks like The Punisher, Blade, and, dear God, Howard the Duck.

We’ve come a long way as a society over the past 18 years and now, 10-plus years into the MCU, the epic film franchise is about to get rebooted after Avengers: Endgame hits theaters in April.

In what looks to be the most complicated Marvel movie ever, Avengers: Endgame has spawned numerous complex fan theories about what is going to happen when the surviving members of the heroic clan return to the big screen.

Two of those fan theories recently hit the internet and if you’re ready to have your mind blown, then just continue reading.

The first fan theory comes to us from, of course, Reddit and a fan named RahulVijh.

Several users have surmised that Endgame will feature time travel and Quantum Realm as a major component to defeating Thanos – and fulfilling Doctor Strange’s 1 out of 14 million visions. The more I think about it, it seems to me that we are grossly underestimating the scope of that vision and how far did Dr. Strange implement his plan before he was turned to dust.

If there is one thing we know about Marvel, it’s that they love putting in hints and Easter eggs in the movies. Piecing together at least of some of these, I think most of what have happened since Doctor Strange (or some time after the events of Doctor Strange) is part of a time loop – that will repeat itself until it is broken in Endgame.

In the Age of Ultron, Banner says to Tony “this is a time loop…” which struck me as an odd statement given the context. There’s not much discussion or mention of a time loop reference other than that exchange and in Doctor Strange where Strange puts Dormammu in a time loop in order to force Dormammu to quit his plans for Earth and seal the dimensional passageway.

You with him so far?

In Infinity War, when Strange cedes the Time Stone to Thanos, the stone is clearly glowing and thus “activated” – since the events of Infinity War at least at that point are within the time loop.

Even though Strange is dust, that does not break the time loop, as we saw in Doctor Strange (when Dormammu repeatedly kills him). We are again reminded of that by Strange when he tells Ebony Maw, “you will find a dead man’s spell… hard to break…” in Infinity War.

I believe the time loop is also perhaps another reason why the Infinity War movie is named as such. Think about it, the war against Thanos doesn’t happen everywhere in Universe – but only in specific locations like Earth, Xandar, Titan, knowhere, etc. Several other cosmic places and entities exist in Marvel’s universe but are not party to this war, though of course they would affected by the outcome. The war however is infinite in iterations – in addition, at least, to the war being over Infinity Stones, the events of Infinity War on an infinite loop (though we see only one iteration) until the heroes win and break the loop in Endgame.

Ready for another twist?

And if that wasn’t enough to make you spit out your Cheerios this morning, here’s another Avengers: Endgame fan theory that might finally do it.

This one involves the possible death of Captain America and, of course, was also posted to Reddit by user farores_winds.

First, he reminds us of the fact that both Robert Downey, Jr. and Chris Evans’ contracts are up, the fact that family/parenthood are both key to each of their character’s arcs, and the fact that we have already seen Captain America willing to give his own life to protect others.

In his theory, Pepper Potts is pregnant with Tony’s child so she dons the Iron Man suit to protect him/her, but Thanos, as he does, gets the upper hand forcing Cap to sacrifice himself (“We don’t trade lives.”), which all causes Tony, who has been rescued (probably not by NASA), to go HAM on the Mad Titan.

Tony will fight Thanos one final time. Tony will have the upper hand, filled with rage that Thanos tried to kill Pepper and that Steve sacrificed himself for Tony and his family, when he realizes he didn’t deserve that sacrifice. So he will fight Thanos to earn that sacrifice, truly embodying what it means to be a hero (for a long time Tony wavers between what is right and what is self-beneficial in his own movies). This is Tony’s chance to “become” Captain America. Tony will be the one who says “Avengers, Assemble.” And he will use his Iron Man suit and Captain America’s shield in combination to defeat Thanos.

Hmmm… that would be interesting.

Dr. Strange saved Tony for a reason. Steve Rogers says “we don’t trade lives” for a reason. Both actors are done after this film, and I am going to cry my eyes out when Steve dies.

As will we all.

We’ll find out if any of that happens when Avengers: Endgame is released on April 26.