This Fan Theory That Says Tony Stark Is Still Alive After ‘Avengers: Endgame’ Is A Total Gamechanger 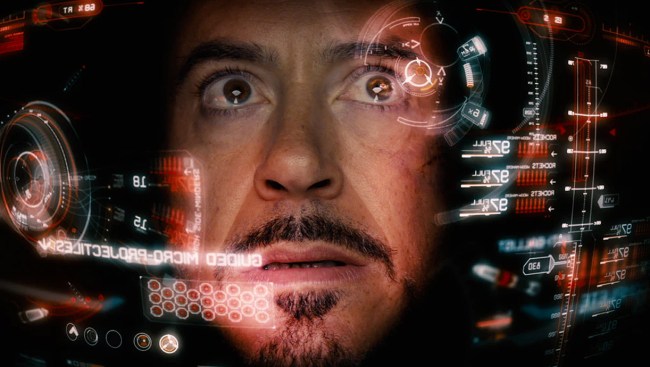 As every Marvel fan in the world is well aware, the fact that Tony Stark is dead after the events of Avengers: Endgame really bites the big one.

But what if Tony Stark isn’t really dead?

I mean, sure, we saw him die, his funeral, the gravestone, and all of his very sad friends and family, but this is Tony freaking Stark we’re talking about.

Tony Stark is the same guy who created the world’s first super…whatever the hell Vision is, right? He basically made a person, with superpowers, that can fly, shoot solar energy out of his head, manipulate mass, and do calculations faster than any supercomputer.

How could he not have some sort of failsafe in place to keep him from dying? Especially now that he’s got a daughter, Morgan, that loves him 3,000?

In some of the last scenes of Endgame after Tony’s death, we saw Morgan and Pepper at their home watching a hologram of Tony projected from Mark LXXXV’s helmet which he made before his death. But what if the Hologram wasn’t made before his death? Yes, after what you are going to read, you will yourself believe that there is a strong possibility for this theory to be true.

In the 2015 Ironheart comics, after Tony went into a coma, an A.I. was introduced to continue Ironman’s legacy.

This A.I. of Tony Stark was created by the super-genius inventor himself as a back-up in case his body no longer worked, so his essence could be preserved. A device containing the A.I. Stark was shipped to Riri Williams, a child prodigy who had caught Stark’s attention, so the A.I. could serve as a mentor to her. The A.I. most notably assisted Riri in the creation of her second armor, and came up with her superhero alias of Ironheart.

What if the hologram we saw was his A.I. but not his hologram? Yes, it is very possible!

By golly, it sure is!

When [the] hologram of Tony was about to end we saw that Tony stood up from his chair and came towards Morgan and made a eye contact with Morgan and said “I love you 3,000.”

According to science, it isn’t possible for a pre-recorded message to be like this.

In the comics, his A.I. served as a mentor to Riri Williams, but if this theory turns out true then there’s a possibility of Tony’s A.I. mentoring Peter or Harley (kid from Ironman 3) or even Morgan in the future. It is also possible that Tony’s A.I. would play major roles in the future after all it’s a backup of his brain patterns so the A.I. thinks just like Tony. In other words Tony copied his brain!