Favorite Christmas Movie In Your State – What The Hell Is Going On In Maine, Michigan, Montana, Utah And Vermont? 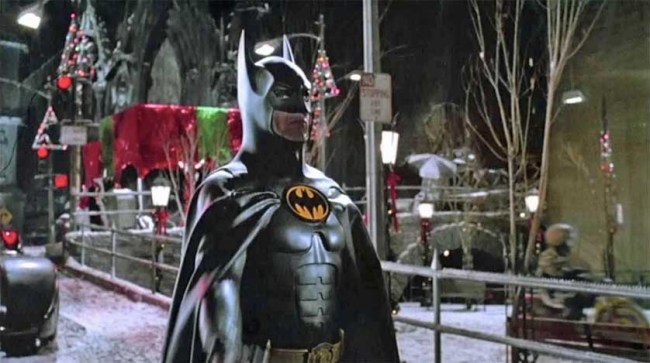 You’ll see “Best Christmas Movie” lists year after year after year and they’re the same five movies: Home Alone, Elf, It’s A Wonderful Life, and A Christmas Story. These are fine holiday films, but what about some love for some of the unorthodox Christmas classics such as Batman Returns, Gremlins, Trading Places, and of course Die Hard. This U.S. map of the favorite Christmas movie in every state does an excellent job of not being so narrow-minded and being open to some unconventional holiday-themed films.

This mao from Streaming Observer utilized data from Rotten Tomatoes, Google Trends, and other information to compile a list of the most popular Christmas movies of all-time in each state. You have to appreciate the states that want to laugh during the holidays despite their bank account shrinking because they bought too many presents for loved ones and themselves.

States such as Nebraska have an appreciation of Bad Santa, then there’s Kansas, Oregon, and Wyoming slipping some Maker’s Mark into their eggnog and watching Scrooged or the five places that said Trading Places was the best Christmas movie of all-time. Noticeably missing from the list is National Lampoon’s Christmas Vacation. “I don’t know what to say, but it’s Christmas and we’re all in misery.”

However… not all U.S. states have good taste in Christmas movies. Tim Burton’s Halloweenish Edward Scissorhands is the most popular Xmas movie in Arizona and Nevada. Then there are obscure movies such as Joyeux Noel, which is a World War I movie and the favorite Christmas movie of Vermont. Maine loves themselves the chiller thriller The Snowman for their family fun for their Christmas celebrations.

Then there are older movies that I have never heard of such Holiday Inn, The Apartment, and Christmas in Connecticut. Have some sympathy for the men in Massachusetts, Mississippi, and Utah who have to watch rom-coms While You Were Sleeping, The Best Man Holiday, and Love Actually during their Christmas festivities. This is exactly why we have the electoral college.

Here is the list of the most favorite Christmas movie in each state.

Idaho: How the Grinch Stole Christmas

New Mexico: The Nightmare Before Christmas

Rhode Island: The Night Before

Utah: While You Were Sleeping

Here is video of the top 10 Christmas movies of all-time.