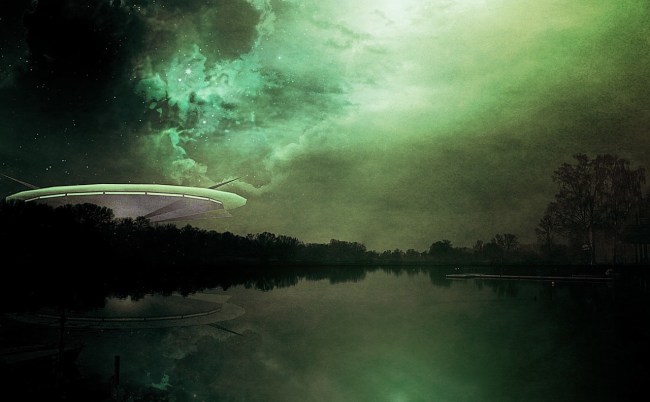 In the early 2000s, shows like The Sopranos and The Wire helped usher in the Golden Age of television and we now live in a time where it’s virtually impossible to keep up with the insane number of critically acclaimed programs that have popped up in the past couple of decades.

As a result, a lot of the shows that aired before this era haven’t managed to stand the test of time.

However, there’s one in particular that continues to hold its own: The X-Files.

In 1993, the world was introduced to Fox Mulder, an FBI agent who set out to prove the truth is out there after his sister was abducted by aliens when he was a kid.

With the help of the ever-skeptical Dana Scully, Mulder traveled far and wide to prove the existence of paranormal activity and, most notably, figure out if we’re actually alone in the universe.

Now, 25 years later, the FBI appears to have an actual X-File on its hands.

According to The Independent, the agency recently evacuated New Mexico’s Sunspot Solar Observatory, whose primary mission is to study the Sun.

The FBI seized control of the area last Friday and has kept it on lockdown ever since.

Sheriff Benny House claims the agency has refused to give an explanation for the closure, saying:

“The FBI is refusing to tell us what’s going on.

“We’ve got people up there that requested us to standby while they evacuate it, nobody would really elaborate on any of the circumstances as to why.

The FBI were up there. What their purpose was nobody will say.”

The incident has sparked plenty of conspiracy theories online with many people claiming someone at the observatory saw something they weren’t supposed to— like a massive alien spacecraft slowly closing in on Earth.

I guess humanity had a good run.