The FBI Has Reportedly Raided Jake Paul’s California Mansion And It Does Not Appear To Be Just A Prank, Bro 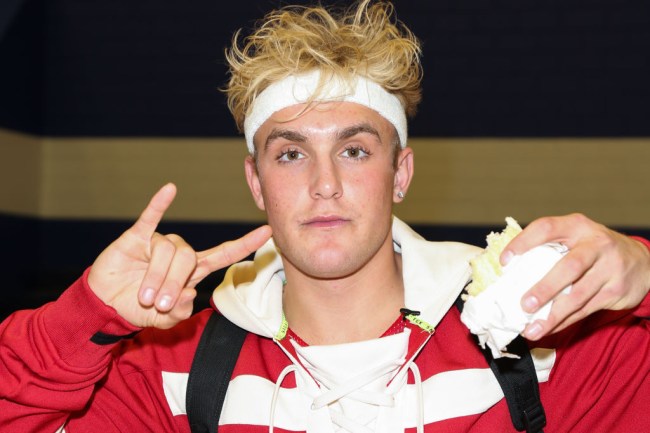 As I mentioned earlier today, Vine has been getting all of the appreciation it deserves in recent weeks in the wake of rumors concerning TikTok getting banned from the United States as people who spent three wonderful years deriving incredible amounts of joy from the bite-sized videos the app birthed fondly reflect on its all-too-brief existence.

Vine was the rare social media platform that actually made the world a better place, but with that said, it wasn’t without its flaws, as it served as the springboard that allowed a number of truly awful Internet Famous people to amass a massive following and the fortune that came along with it—including Jake Paul.

After he and his older brother Logan made a name for themselves with short clips of the various shenanigans they had a tendency to engage in while living in Ohio, Paul dropped out of high school and moved to Los Angeles, where he shared an apartment complex with a collective of aspiring influencers, which is a series of words that literally pained me to type.

When Vine ceased to exist, he pivoted to YouTube, where he managed to rack up tens of millions of subscribers with an undying thirst for manufactured drama, terrible rapping, and videos of him terrorizing his neighbors with the various antagonizing activities masquerading as “just pranks, bro.” Thanks to his success, he was eventually able to drop $7 million on a mansion in Calabasas a few years ago, which hurt me almost as much to write as the words in the previous paragraph.

A lot of people have had a relatively quiet year thanks to the current state of the world, but if you thought a pandemic was going to stop him from continuing to solidify himself as one of the worst people in existence, you obviously don’t know Jake Paul very well. In June, he was charged with trespassing due to his involvement in the looting of an Arizona mall, and last month, he caught some serious heat after packing his aforementioned home with people to shoot a music video.

That wasn’t the first time his massive pad has been in the news for all of the wrong reasons, as a guest at another party he threw in 2019 was reportedly drugged to the point where she was unable to walk or talk. Now, it’s back in the headlines again, as TMZ reports the FBI rolled up with a search warrant on Wednesday morning to execute a raid of the property.

As of this writing, it’s unclear why the search is being conducted and an FBI spokesperson was unable to comment on the matter due to the sealed nature of the warrant. There’s no indication a warrant for his arrest has also been issued because “being an absolute shithead” isn’t technically a crime, but if you’ll excuse me, I have to go make enough popcorn to fill a swimming pool to prepare for what may be about to unfold.

ABC7 reports authorities seized a number of firearms from the home but it’s still unclear if those were the primary focus of the search or if they were discovered as a result of an investigation into another matter.