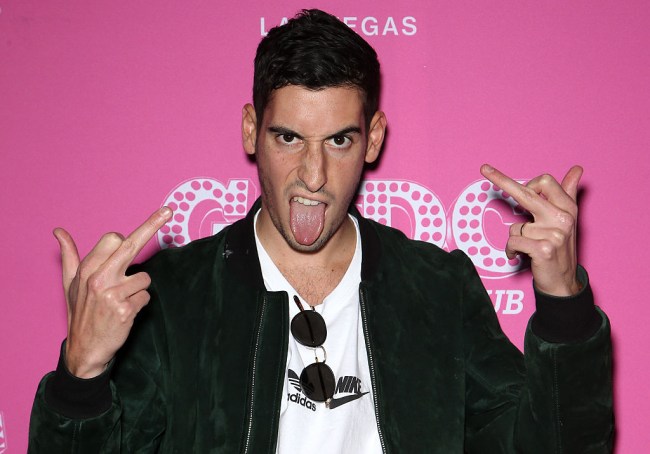 F*ckJerry founder Elliot Tebele and his media company are getting sued for stealing a meme to promote tequila. If this was a F*ckJerry Instagram post, there would be a simple caption that adds nothing and isn’t funny such as “Preach” or “You know you’ve been there” or “Probably true” along with the headline stolen from somebody else.

Tebele started the FuckJerry Instagram account, which is basically an aggregator of memes stolen from other people or accounts. Until recently, the account didn’t give credit for the memes or ask if they could use the memes that they curated on their Instagram pages. In January, content creators and comedians had finally had enough of the stolen memes and started the “FuckFuckJerry” campaign to urge people to stop following FuckJerry and any account that takes content, especially when they are profiting off of them.

Now, Tebele and FJERRY, LLC, the parent company of Jerry Media, are getting sued for stealing a meme. Olorunfemi Coker, a self-described comedian and content creator from Nigeria, filed a copyright and trademark infringement lawsuit on Tuesday in the Southern District of New York. The lawsuit alleges that FuckJerry knowingly stole a meme to promote Jaja Tequila in an advertisement, which is a FuckJerry branded spirit.

Coker alleges that he gave no permission to use the meme and made several attempts to message the company about the stolen joke, but his complaints went unanswered. Coker is seeking $150,000 in monetary damages for the meme that was posted “in or about January 2019.”

Coker’s lawyer, Scott Burroughs, says he represents “a number of clients with claims” against FuckJerry. A F*ckJerry spokesperson calls the lawsuit “frivolous” and said, “We intend to defend it vigorously.”

You may recall that F*ckJerry was the social media company hired to promote the Fyre Festival and then started deleting all negative comments about the festival once it was obvious that it was doomed to prevent people from cancelling. Jerry Media is currently involved in another lawsuit for stealing an influencer’s video. Jerry Media allegedly stole a video from Clarissa Cardenas, who is an influencer and was at the Fyre Festival. The lawsuit was filed in a New York federal court in January and is seeking damages for at least $150,000.

F*ckJerry was so popular that Comedy Central hired him to promote their network. Last month, Tebele wrote a Medium post outlining new policies for his Instagram account and others linked to Jerry Media to get “advanced consent” and properly attribute content creators.