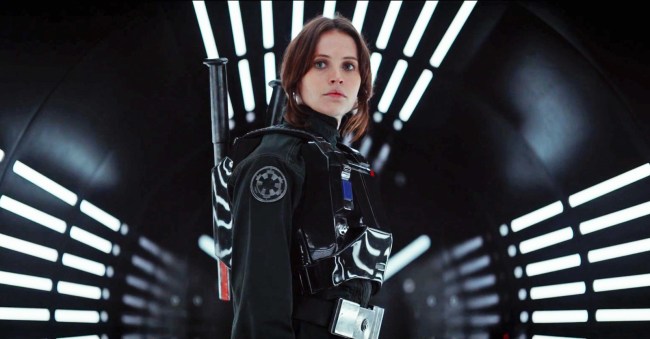 I like to peddle the hot take that I think Rogue One is the best Star Wars movie of all-time. As I’ve delved into in-depth on the Post-Credit Podcast, the long and short of my argument is that the Star Wars prequels ruined my interest in the franchise, and by the time I got around to seeing the originals, the suspension of disbelief was simply too difficult due to the original trilogy’s age. That said, while there are multiple aspects of the OG Star Wars films that I respect and appreciate, the bottom line is that they failed to inspire the fervent fandom in me that so many generations of fans before me had felt.

But then Rogue One rolled around and told the darkest yet bravest tale that I’d seen in this story and I finally began to understand the generation-spanning allure that Star Wars seems to possess. Its combination of modern technology and the sort of hero’s journey storytelling that Star Wars had become famous for, Rogue One finally found a way to blend the heart and the sci-fi in a way that I’d always heard about but never experienced for myself.

So, when the film’s star — the Academy Award-nominated Felicity Jones — tells THR that she feels her character has unfinished business in the Star Wars universe (despite her obviously firey ending in Rogue One), it goes without saying that I’m already on board.

The fate of your character, Jyn Erso, is unclear at the end of Rogue One. Have there been any talks about a sequel?

“I just keep saying that reincarnation is totally possible in the Star Wars universe. (Laughs). So, I feel there’s unfinished business for Jyn, for sure.”

I hear that Disney has an option for you to do a second film that it keeps extending. How would you like to see Jyn return — a sequel, spinoff or something else?

“I think it would be fascinating to see her getting older and wiser and fighting the dark forces in the universe, of which there are many it seems.”

There’s certainly a precedent for further exploring Rogue One characters, as Diego Luna’s Cassian Andor will be getting his own series on Disney+ in the coming years.

We’ll be ranking all of our favorite projects in the galaxy far, far away when we do our Star Wars Draft on the Post-Credit Podcast in the coming weeks, so be sure to subscribe and check that out as I can promise you I’ll be taking Rogue One with my first pick.