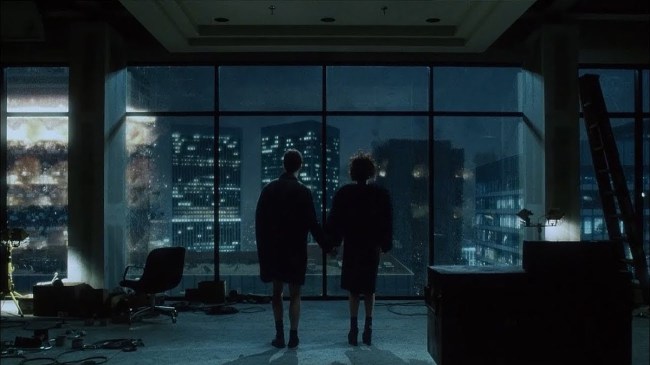 For better or worse — it’s become en vogue to describe the ending of the film as “cringe”, even though I quite like it — the ending of David Fincher’s 1999 hit Fight Club is one of the most recognizable movie endings in recent memory.

China, however, doesn’t seem to appreciate the ending’s artistic value, as a report from Vice has revealed that the country has hilariously changed the ending to something that’s virtually the exact opposite of what actually happens in the standard American version:

“Through the clue provided by Tyler, the police rapidly figured out the whole plan and arrested all criminals, successfully preventing the bomb from exploding,” a caption said. “After the trial, Tyler was sent to lunatic asylum receiving psychological treatment. He was discharged from the hospital in 2012.”

If you’ve seen the film — and if you’re reading this, I imagine you have — you know that China’s version is the exact inverse of what happens in the movie, as Tyler Durden very much succeeds with Project Mayhem by leveling the financial buildings and bringing everyone’s credit down to zero.

RELATED: Brad Pitt Says He And Ed Norton Were So High At The ‘Fight Club’ Premiere They Were The ‘Only Ones’ Laughing