These Are The Five ‘South Park’ Episodes Being Erased From History 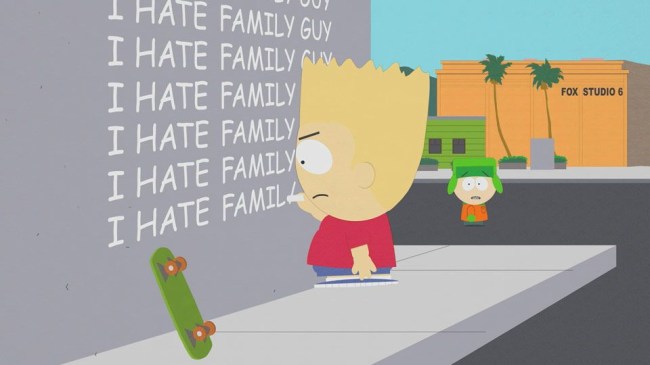 South Park is truly one of the more unbelievable pieces of pop culture to exist during my lifetime. First and foremost, it’s essentially as old as I am. I was born in 1993 and the series aired just four years later — we’ve grown up together, matured together.

Saying South Park has matured throughout the years would be an understatement, to say the least. For those too young to remember, South Park — similar to, like, Eminem and Marilyn Manson — were the scourge of American culture. Parents thought they were rotting their kids’ brains and poisoning their futures. It was all a ton of bullshit.

To be fair, while South Park was not as harmful as the hyper-uptight parents of the world would have you believe, it was certainly juvenile and sophomoric all the same, with shit and dick jokes being its primary pillars.

Over the last two decades, though, the series has grown with both its creators and its audiences and is now seen as something of a cultural mirror, reflecting our hypocrisies back at us while taking no prisoners in the process. It doesn’t matter what side of the societal or political spectrum you fall upon, South Park is coming for that ass.

Still, as the series has, times change, so it should come as no surprise that as the series makes the move to HBO Max, five infamously controversial episodes will not be making the trip: the episodes about the prophet Muhammad:

“Super Best Friends” from the fifth season, “Cartoon Wars” parts I and II from the 10th season, and “200” and “201” from the 14th season are all absent from the newly launched streaming service because they depicted a character based on the Prophet Muhammad.

Former Comedy Central head Doug Herzog told The Hollywood Reporter in 2016 that censoring and then pulling “200” and “201” was done as a matter of safety due to threats. “We were protecting everyone who works here. That was the decision we needed to make,” he said then. “That was the hardest we’ve ever pushed back over the show’s content.” [via The Hollywood Reporter]

As the THR article points out, this is not necessarily new when it comes to these episodes, as they were “previously pulled from broadcast and were not available to stream while the series was on Hulu.” Oddly enough, though, both “Cartoon Wars” episodes are, at the time of this writing, available to watch on the official South Park website. However, “Super Best Friends”, “200”, and “201” are blocked and comes with a message explaining that “South Park Studios cannot stream this episode.” 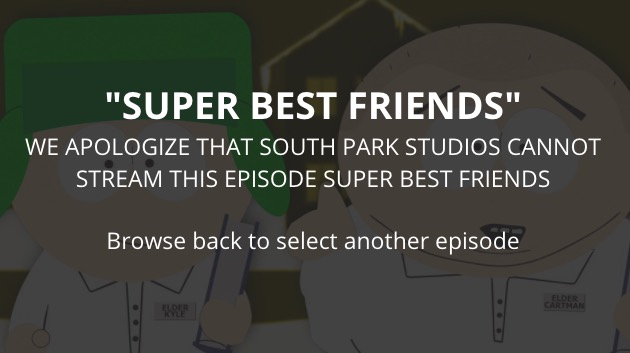 Back then, that was a line that the entertainment powers that be were willing to cross, but these days, it’s simply a step too far. It’s funny how fast life sneaks up on you, as I remember being in middle school and being absolutely thrilled about the idea of South Park so openly ripping on Family Guy. Now, those very memories don’t quite register the same when re-contextualized as an adult.