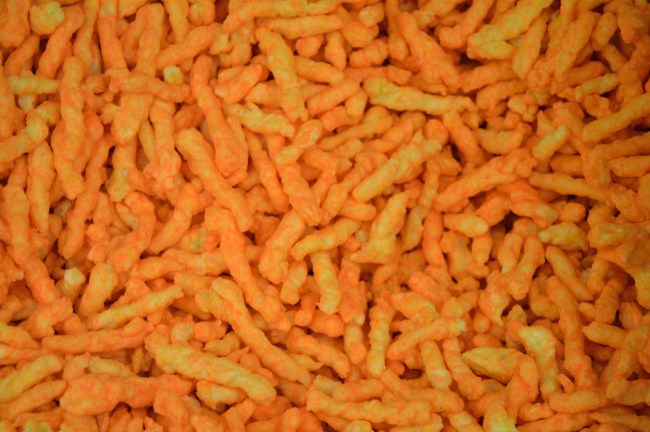 Montañez is not the Flamin’ Hot Cheetos inventor, according to an article from the Los Angeles Times. The report claims that the actual inventor of the spicy snack is a junior employee named Lynne Greenfeld, who worked at Frito-Lay’s corporate office in Plano, Texas.

Greenfeld was tasked by the company to create a “new product was designed to compete with spicy snacks sold in the inner-city mini-marts of the Midwest.” Greenfeld is the true Flamin’ Hot Cheetos inventor, according to Frito-Lay.

Frito-Lay stated that “as early as 1989, there were regional competitive spicy products on the market.” “In response, Frito-Lay launched a test market of spicy Lay’s, Cheetos, Fritos and Bakenets in Chicago, Detroit and Houston” beginning in August 1990, the popular snack company wrote in a statement. Flamin’ Hot Cheetos officially rolled out across the country by early 1992.

“We value Richard’s many contributions to our company, especially his insights into Hispanic consumers, but we do not credit the creation of Flamin’ Hot Cheetos or any Flamin’ Hot products to him,” Frito-Lay said in a statement.

However, Montañez maintains that he is the Flamin’ Hot Cheetos inventor.

Montañez claims he began pitching product ideas to Frito-Lay in the late 1980s, while working as a janitor for the company.

“Frito-Lay had something called the method-improvement program, looking for ideas. That kind of inspired me, so I always had these ideas for different flavors and products,” Montañez claims. “The only difference in what I did, is I made the product, instead of just writing the idea on a piece of paper and sending it. They would forward over those products to the appropriate people and I didn’t know, because I was just a frontline worker.”

“When we created our seasoning, it wasn’t at the plant. It was in my kitchen, in my garage. Then we sent it to headquarters,” Montañez declares. “When headquarters did a new product development, they sent a whole team. With me, they sent one scientist. By this time, they already had seasoning, because they’re not going to use something that made someone sick. We made 2,000 cases. We shipped it to the zones, to the warehouses where they were going to test market. By this time, they had pushed me out.”

“I was their greatest ambassador,” Montañez said of Frito-Lay. “But I will say this, you’re going to love your company more than they will ever love you, keep that in perspective.”

Richard Montañez Made A Career Since Working At Frito-Lay

Montañez has made a second career from his rags-to-riches story of going from a janitor to a marketing executive. Montañez wrote a memoir about his claim of being the Flamin’ Hot Cheetos inventor. He also the subject of an upcoming Searchlight Pictures biopic directed by Eva Longoria. He has been a motivational speaker, who has delivered speeches for Prudential Financial and the Philadelphia Eagles.