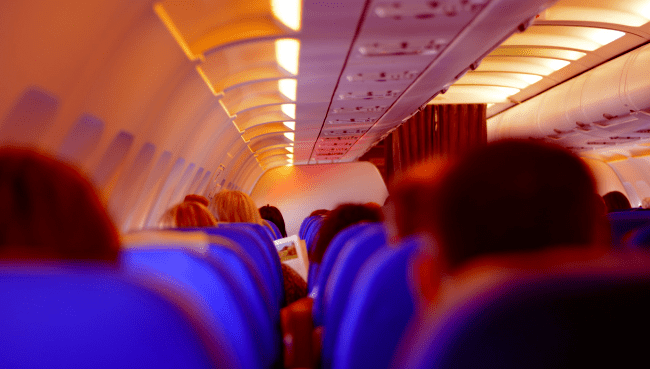 If you’re trying to stay healthy then one of the worst things you can do these days is sit on an airplane for a long period of time with dozens of strangers.

Not only are you breathing a lot of the same air as these strangers, you are also likely to touch something on the plane that has been previously come into contact with who knows what?

One former flight attendant, Jane Hawkes, is out there trying to do her best to educate potential plane passengers on the best ways to avoid these “germ hotspots.”

The consumer travel expert recently told the Express, “Regardless of cabin class, there are some parts of a plane which are dirtier than others but not the toilets as you would expect.”

“They might look clean enough but seatback trays are big germ hotspots. It’s always wise to have antibacterial wipes on hand to wipe them down before use.

“Seatback trays are not routinely cleaned between boarding especially on short turnarounds.”

She also added that deep cleaning usually only happens overnight or during scheduled maintenance.

“Choose an early morning flight for the best chance to avoid the grot,” she said.

Related: Popular Flight Attendant On TikTok Reveals Why She Never Drinks The Coffee Or Tea On A Plane

“You also don’t know what the trays have been used for. Instead of somewhere to place drinks and snacks, the previous passenger could have changed nappies there or slept on it.”

As if that isn’t enough to give you pause, Hawkes also advises that plane passengers “wipe down seat buckles and aisle headrests as you never know what kind of sticky fingers could have touched them before you get on board.”

Aisle headrests get touched over and over by passengers trying to make their way to their seats further back. By the end of the day, who knows how many people have touched them.

Seatback pockets are also a potential germ factory as people will stuff used tissues and half eaten food in them.

“The interiors are tricky to clean so could well be a hive of bacteria and mold.”