Florida Man Banned From Spirit Airlines For Smuggling Alcohol On Flight And Vaping That Caused Plane To Drop 35,000 Feet 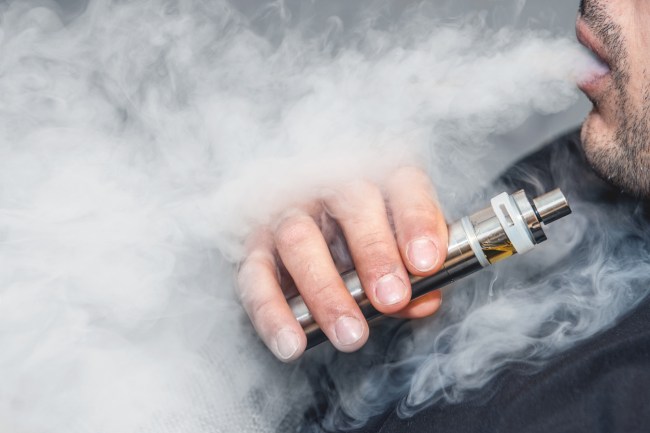 A Florida man was flying to New Orleans and wanted to get the party started early. So he smuggled alcohol onto the plane and then vaped during the flight. Now the passenger has been punished with a lifetime ban for life for his actions. Is being banned from Spirit Airlines an actual punishment?

A 30-year-old man from St. Petersburg, Florida, was flying Spirit Airlines from Detroit to New Orleans last Tuesday. Whether he was nervous about flying or just wanted to get a buzz, he smuggled alcohol and his vape pen onto Flight NK 985.

Apparently, the man was drinking from his own bottles of alcohol, which is a big no-no since the airlines want you to buy their booze. You’re allowed to bring alcohol on airplanes, but you’re not permitted to drink it on the plane.

The man was on a mission to get as high as he could during the flight because he was also toking his vape pen. To try to hide the evidence of his vaping, he would blow the vapors into a bag. Yeah, a bag won’t magically make your marshmallow-flavored vape juice aroma disappear in the confined space of an airplane.

A Spirit Airlines attendant informed the man that e-cigarettes are not allowed to be smoked on the plane. The man then went to the bathroom and apparently continued to vape because the plane’s smoke alarm went off. The smoke alarm forced the plane to drop 35,000 feet in case there is an actual fire onboard the aircraft.

The plane did continue with the flight and eventually landed at Louis Armstrong New Orleans International Airport. A deputy sheriff who dealt with the man said he was “highly intoxicated” and smelled of alcohol. Authorities questioned the Florida man and he denied vaping in the bathroom. He also said that he didn’t know that smoking was prohibited on flights.

Smoking has been banned on all domestic flights with a duration of two hours or less starting in 1988. All domestic and international flights became smoke-free by 2000. But you could guess that he probably said something like, “It’s not smoke, it’s water vapor bro.”

The unnamed passenger was not arrested and didn’t face any criminal charges because he was cooperative with authorities, but he was banned for life from Spirit Airlines. Again, why are you doing him any favors if he broke the company’s rules?

“It’s a private business that can ban customers at their own leisure,” said Jefferson Parish Sheriff’s spokesman Captain Jason Rivarde. “It’s like telling you not to come back to the restaurant. Once he was on the ground, he was cooperative with our deputies so he didn’t face any criminal charges.”

The moral of the story is drink your alcohol and vape in the airport bathroom before you board the plane.