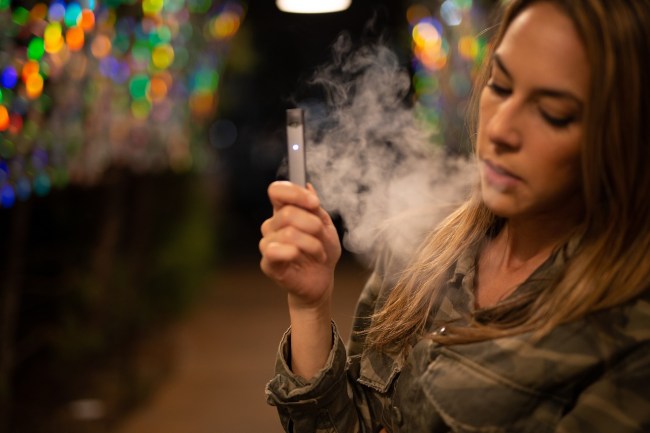 “While boarding SkyWest flight 3879, operating as Delta Connection from LaGuardia to Houston, smoke appeared from a passenger’s bag in an overhead bin, caused by an overheated battery pack inside the bag,” a SkyWest spokesperson said. “Passengers deplaned routinely through the main cabin door and continued on to Houston on a different aircraft.”

That’s going to be a minor problem flying. A flight attendant put out the fire with an extinguisher, but the flight was canceled. Eventually, passengers boarded another plane and were flown to Houston. Their flight arrived in Texas at at 10:34 p.m. CST.

Lithium-ion batteries found in vape pens often overhead, causing a fire. Reminder: Delta prohibits “recharging of the devices and/or the batteries on board the aircraft.” So don’t do that and potentially cause a problem for your fellow flyers.