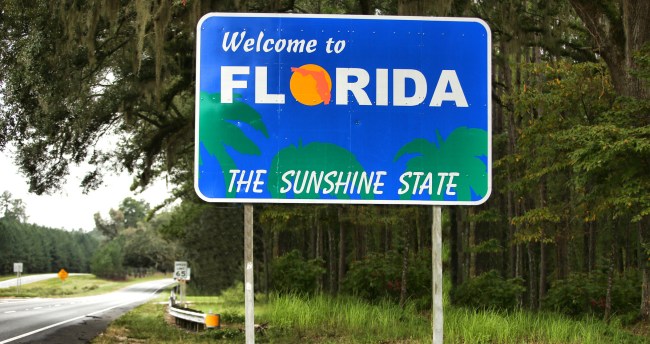 Once again, Florida Man has caught the attention of authorities and finds himself in the news. This time, however, it’s not all completely his fault.

This time, all Florida Man was trying to do was help out a friend by keeping an eye on his buddy’s trash can – as one does.

Florida Man, who lives in the Windmill Mobile Park in Manatee County, says he was under the impression that the trash can contained nothing more than some “personal items” – because that’s where one keeps personal items, of course.

According to the the Sarasota Herald-Tribune, Florida Man had been in possession of his friend’s trash can for two months so he got curious when it started emanating a foul odor.

A resident of a Manatee County mobile home community was storing another person's trashcan under their carport for more than a month before realizing a person's body was inside the container, according to the sheriff's office.​ https://t.co/4ed0w0Mj2r

Naturally, Florida Man became curious and decided to open the can only to find a wrapped, badly decomposed human body.

Related: Florida Man Steals Deputy’s Cruiser, Credit Card Because He Was On A ‘Spiritual Journey’

According to the Sheriff’s Office, a resident of the Windmill Mobile Park called MCSO because he found something suspicious in another person’s trash can. He had been holding it for them in his carport at 5019 Windmill Manor Lane.

But when the person didn’t show up for about two months, the man unsealed the trash can believed to hold “personal items” and quickly noticed a foul smell.

An investigation revealed a human body.

Did it really take an “investigation” to figure out what was inside the can? Well, this is Florida we’re talking about, so… forget I asked.

“We’re going to do an autopsy,” said Manatee County Sheriff’s Office spokesman Randy Warren. “The guy holding this trash can said that he thought it was a container of personal items. He was told by the owner of the can, “I’ll be back for it later on.”

Warren added, “If we find there is something here that leads to a person of interest we’ll put it out. Detectives need some time to figure things out.”

That shouldn’t take too long. They already sorted out that the “personal item” inside the trash can was a dead body, thanks to their crack detective work. Figuring out the rest will be cake.

A resident of a Manatee County mobile home community was storing another person's trashcan under their carport for more than a month before realizing a person's body was inside the container, according to the sheriff's office.​ https://t.co/UBbG65Q4oC