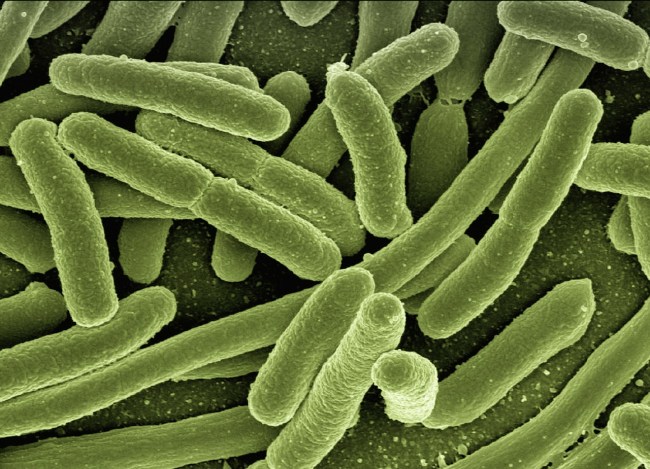 We’ve discussed all of the things that can kill in the state of Florida including gigantic dinosaur birds, 15-foot-long alligators, 17-foot-long pythons, 757-pound swordfish and methed-up men from Florida. Now even things you can’t see will try to end you if givin the chance.

In the last few weeks, two men have nearly lost their limbs and potentially their lives from flesh-eating bacteria that they contracted in Florida. The men were in the warm spring waters of the Gulf of Mexico and Tampa Bay when their bodies were ravaged by this frightening bacteria.

Mike Walton was fishing in the Gulf of Mexico about 20 miles off the coast of Palm Harbor, a town about 25 miles northwest of Tampa. Mike had his hand poked by a sharp fishing hook, something that has happened to him countless times. But this time the open wound allowed by Streptococcus bacteria, which developed into necrotizing fasciitis. This type of infection develops quickly and the bacteria devour human flesh can spread to the entire body if it is not treated in time.

“I had like little blisters starting to form on my hand and you could watch like sweat beads coming up on side of the hand, and then they just turned black,” Walton said. “When you look down and you can see your own tendons, back of your hand and your bone going up your arm, that makes it real.” Mike could actually see his tendons like he was some zombie wight from Game of Thrones.

Doctors told Walton that he is lucky to be alive and that he could have easily lost his hand and even his entire arm. Walton is now recovering at home, but he will still have to be treated with antibiotics for the next month.

Barry Briggs from Ohio was vacationing in Tampa, Florida, in March for spring break. Briggs went on a boating trip in the Tampa Bay and days after he felt sick and noticed his foot was swollen. He assumed it was just harmless sunburn and flew back to his home in Ohio. When he got home the condition worsened. A lot.

Briggs was rushed to Miami Valley Hospital in Dayton, Ohio. Doctors diagnosed Barry with necrotizing fasciitis caused by group a Streptococcus bacteria. Barry spent 11 days in the hospital where he underwent skin grafts and was put on several different antibiotics.

“Once this thing took off, and it takes off quickly apparently, it was going one inch an hour up my leg,” Briggs said. Once the flesh-eating bacteria starts to spread, doctors prescribe antibiotics, but often times have to do surgery to physically remove the deteriorated skin. The bacteria literally kills soft tissue to death and that is why the skin has a morbidly gray or black color.

Luckily doctors were able to save Barry’s foot and his life, but he still has a long way to go in his recovery. “As the healing continues the pain has increased some. But I’ve been told that it gets worse before it gets better,” he said last week. It’s great to see that Barry’s wife still has her sense of humor through this entire scary predicament and was excited that “Barry was in the news.” Too funny, for everyone except poor Barry.

You can see even more gruesome photos of the nasty devastation that the flesh-eating bacteria did to Barry’s foot HERE. And whatever you do, definitely don’t do a Google Image Search of the words: “necrotizing fasciitis.” That will certainly spoil your chicken tikka masala lunch.

Streptococcus bacteria can enter the body through cuts, scrapes, burns, insect bites, puncture wounds, surgical wounds or trauma. Necrotizing fasciitis is rarely contagious. Necrotizing fasciitis caused by group a Streptococcus bacteria is extremely rare is a rare infection and there are only 700 to 1200 cases in the U.S. annually since 2010, according to the Centers for Disease Control and Prevention.

However, necrotizing fasciitis is also extremely dangerous with up to 1 in 3 people dying from the infection even if they are given treatment. The CDC points out that 6 out of every 10 people who get both necrotizing fasciitis and streptococcal toxic shock syndrome at the same time die from their infections because it causes multiple organ failure. The infection “predominantly affects people with a compromised immune system or an underlying illness, especially liver disease,” the CDC says.

To prevent the rare chance of getting these bacteria in your body you should clean your hands and especially any wounds after going in the water. If you have a fever, feel lightheaded, pain and the wound appears swollen or red or purple or has streaks emanating from it, you should consult a doctor immediately.