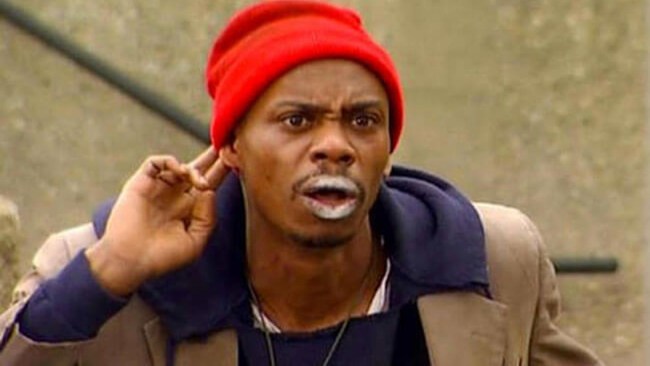 Oh, Florida, you sun-soaked crackpipe of a state.

You are the degenerate drunk uncle in the family that is the United States of America: sure, you mean well, but more times than not, your demons get the best of you and you show up to the Christmas party already shitfaced before telling Cousin Steve (who you owe about $3000 to) to go fuck himself as you crash face-first through Grandma Jeanie’s brand-new living room coffee table.

You’re a bonkers headline-generating wildcard, but you’re our wildcard, and we love ya for it. And now that it’s summer down in the Sunshine State, the frequency of those headlines is at its peak.

This week’s Florida Man is Mark Edward Welch, a Lake Worth man who police say swallowed 20 crack rocks before leading authorities on an hours-long chase down Florida’s eastern coast.

According to the Florida City Police Department, Welch, 50, “led several officers and deputies on a chase from Miami to the Upper Keys on Tuesday,” CBS Miami reported.

After he was eventually arrested, police say Welch admitted to both ingesting 20 crack rocks and smoking crack earlier in the day.

While driving at Mile Marker 108 on U.S. 1, Monroe County Sheriff’s deputies used road spikes to try and stop Welch’s Jeep, but he kept driving south with the flat tires. Welch eventually hit a concrete wall and came to a stop near the Jewfish Creek Bridge at Mile Marker 107.

Welch ignored the deputies’ commands to get out of the vehicle while they had their guns drawn on him. He was eventually taken into custody without any resistance. That’s when he told the deputies there was a woman in the Jeep. However, when they looked there was no one there. [via CBS Miami]

And in case you’re curious just how far Welch had various Florida police agencies chasing him, the drive to the Upper Keys from Miami clocks in at about a 66-mile journey, according to Google Maps.

As for the Floridian Mad Max, he’s since been charged with DUI, eluding law enforcement, and possession of cocaine and drug paraphernalia, with the potential for more charges to be added on later. 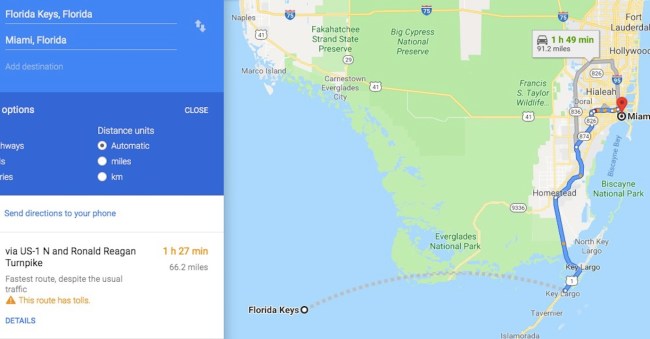