Florida Man Drives Off With $140,000 Porsche Using Phony Check He Printed From His Home Computer 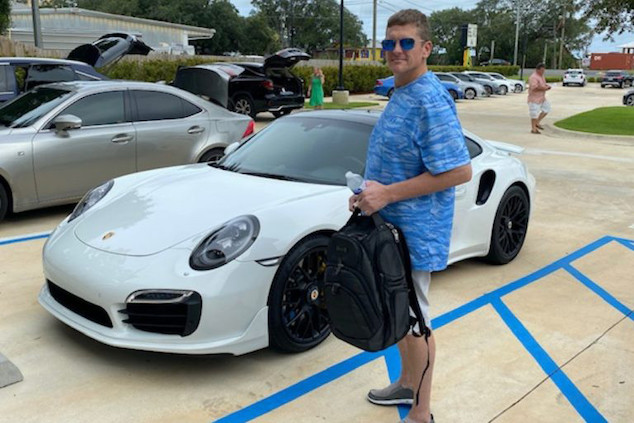 For a full 24 hours, Casey William Kelley was on top of the world—wind in his hair, 572 horsepower at his feet, babes blowing him kisses at stop lights.

On July 27, Kelly had somehow successfully driven a Porsche 911 Turbo off the lot of a Porsche dealership in Destin using a $139,203.05 check that was not only fraudulent, but printed from his home computer, Palm Beach Post reports.

Kelly’s proof of concept had seemingly worked, so the following day, he strolled into a jeweler in Miramar Beach in an attempt to purchase three Rolex watches with a phony check he penned for $61,521. The jeweler was a bit more cautious, however, and the watches were kept in-store until the check cleared the following day.

It never did of course, and the Florida man was arrested Wednesday for grand theft of a motor vehicle and uttering a false banknote.

“Casey stated he didn’t know what the big deal was, and that since it was his account number on the check he printed out, it should be fine,” the arrest report reads.

If I were Casey’s lawyer, I would lean into the fact that of all the account numbers one could conceive when printing a phony check from a home computer, printing your own is by far the most noble. Maybe this will earn Casey another piece of stale cornbread at dinner.