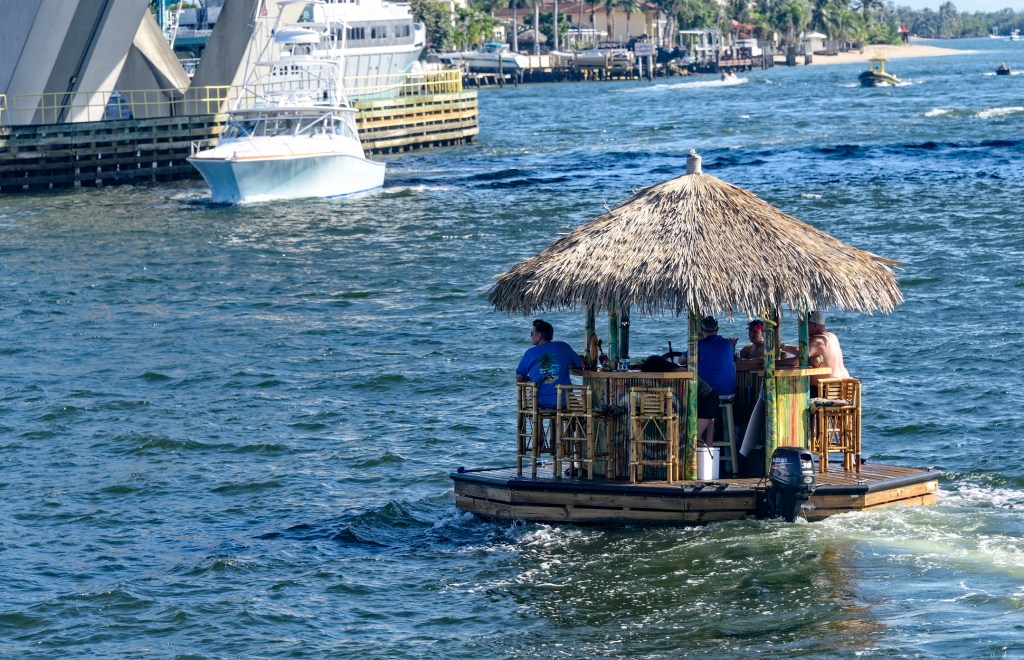 One thing I absolutely did not see coming in 2021 is that I’d spend the first two weeks of the year listening to sailor’s sea shanties and daydreaming about what kind of pirate I would’ve been if I was born in the right time and place.

I’m not entirely sure what my life as a pirate would’ve been like but one thing I can tell you for certain is that I would’ve drawn the line at stealing another man’s boat. That would’ve been impermissible in my Pirate Code of Conduct™. After all, what’s a pirate without a ship? Nothing.

This man in Key West, Florida and I are apparently cut from a different cloth when it comes to piracy. He ‘showed signs of intoxication’ and was taken into custody by the Florida Fish and Wildlife Conservation Commission after he stole a Tiki Hut boat that doubles as a floating bar. He stole this glorious vessel near Hawk’s Channel in Key West, a highly-trafficked area for boats.

It’s unclear if these past few weeks of Sea Shanties on TikTok went to his head or what drove him to steal the tiki hut bar but he was taken into custody and according to NBC Miami the man now faces charges including ‘grand theft and resisting an officer without violence’.

For reference, there’s a company out of New Hampshire named ‘tikihutboatsofnh‘ which will build you a custom Tiki Hut Bar Boat for $34,000. ‘The Sunsetter’ is delivered with a 30HP Suzuki motor, 8 bar stools, a fuel tank, it meets Coast Guard requirements, and it’s a ready-to-sail bar boat. There’s another company named ‘Cruisin Tikis’ that’s built these into a franchise-able business. You can buy a franchise and start running booze cruises yourself or you can just book a cruise if you’re a customer.

For anyone that’s handy and DIY-inclined, I came across an article that claims it will cost you about $16,500 to build a non-powered Tiki Hut Bar Boat or $21,500 to build one with a motor. So there are options out there if you’re in the market for a Tiki Hut Boat of your own.