Most Florida Man Of All The Florida Men With Forehead Florida Tattoo Gets Arrested For Weed At 4:20 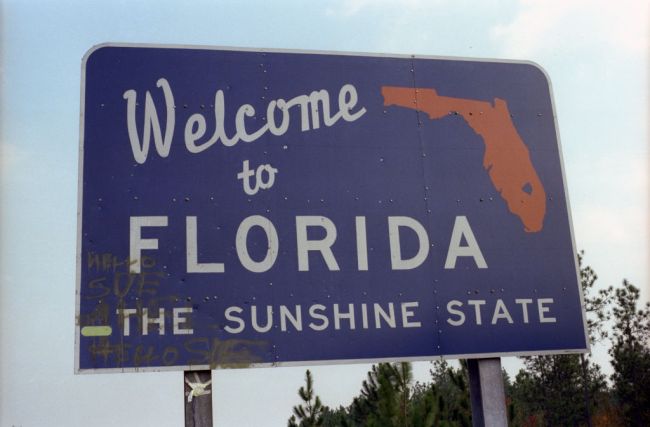 We take you to Pasco County, one of the most Florida Man counties in all of Florida, where this far-fetched story takes place.

RELATED: Florida Man Has Eaten Nothing But Mac And Cheese For The Last 17 Years

This is peak Florida man.

A Florida man left little doubt behind that he was a Florida man — it was written all over his face. https://t.co/lNEH4c2Eb6

If Florida was a video game, this would be the final boss.

The 22-year-old Florida man called 911 twice to request a ride home, unfortunately for Leatham, police would oblige. Leatham called 911 at 4:20 a.m. to attempt to get a free ride home, according to the Sun-Sentinel.

Police responded to the 911 call, showing up in Port Richey, a suburb 40 miles northwest of Tampa. Police officers offered to call a taxi cab for Leatham, but he declined because he didn’t have any money. Poor kid was just asking “flo a rida.”

Authorities claim that he “wandered down the road and once again tried to use 911 as a free taxi service.”

Florida man, you’re so damn precious, please don’t ever, ever, ever change.