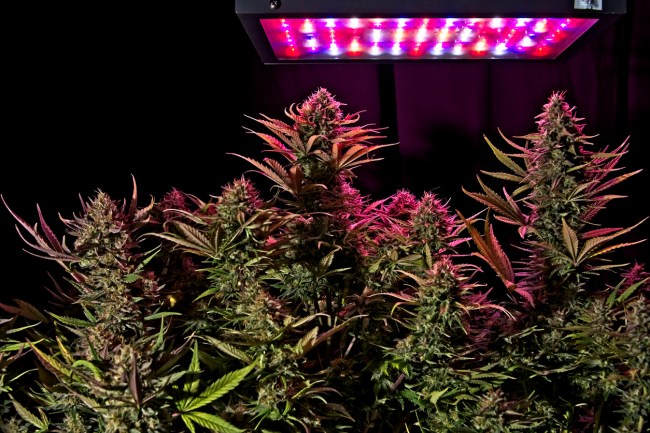 Welcome to the latest edition of Florida Man, and this episode features a very resourceful gentleman who was able to run his own marijuana grow house. The only problem is that he allegedly didn’t own the home, stole nearly $12,000 worth of electricity and had his operation in a state where weed is not legal.

Growing cannabis indoors can be expensive, all of that artificial lighting needed and the water. But it turns out, you can save a ton of money just by growing your weed in a house you don’t own and use power and water that you don’t pay for.

We take you to Holiday, Florida, where 63-year-old Pedro Julio Ruiz was accused of growing illegal marijuana plants. Ruiz didn’t actually live in the home, but was reportedly “linked to the property.”

RELATED: Florida Man Goes Viral With His Ideas On How US Military Can Fight Hurricane Dorian And It’s So Florida Man It Hurts

The Florida man illegally re-routed electricity to the home to give him free power to grow the cannabis plants. Unfortunately, for him, the power company Duke Energy alerted police that the property had an insane spike in energy consumption. That electricity meter must have been spinning so fast that it was smoking.

Ruiz also made the mistake of leaving his personal property inside the home. Police entered the home and found 24 marijuana plants, 24 ballasts, medication with his name on it, misdemeanor probation paperwork in the living room with his name on it and a power bill with his name on it according to Pasco County Deputies. I’m no criminal mastermind, but if you’re doing illegal things in a house, it’s probably best to not have your name plastered all over the home.

Ruiz went so far as to convert the rooms to be an indoor marijuana farm. The energy surge came from the numerous lights to grow cannabis and then the electricity used to cool the home by multiple air conditions because of the extreme heat emitted from the hot lamps. Duke Energy told deputies that the Florida man stole an estimated $11,979.73 worth of electricity.

On August 30, Pasco County Deputies arrested Ruiz and charged him with marijuana production and grand theft of utility services. Both charges are felonies and a person convicted on grand utility theft can receive up to a year in prison and a $1,000 fine. Guilty parties can also face fines of up to three times the cost of the stolen utilities. Ruiz was taken to the Land O Lakes jail on a $10,000 bond.

Florida man arrested for allegedly stealing electricity to power his marijuana grow house. He was also arrested for the marijuana. https://t.co/vsfFVFErdg

RELATED: Florida Man Banned From Spirit Airlines For Smuggling Alcohol On Flight And Vaping That Caused Plane To Drop 35,000 Feet