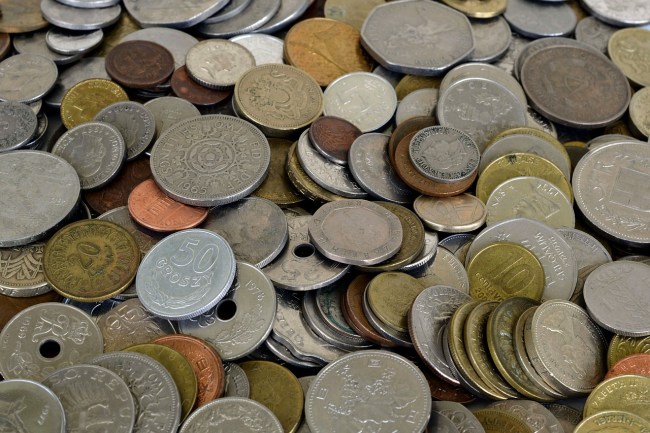 Today in “The Adventures of Florida Man,” one intelectually-challenged individual thought he had pulled off a major heist but then squandered it all away for a lack of due diligence and patience. The criminal stole rare coins and then cashed them in for a fraction of their actual worth. Peak Florida man right here.

Shane Anthony Mele of Riviera Beach, Florida, met Michael Johnson a few years ago through mutual friends. The 40-year-old Mele was down on his luck after his wallet was allegedly stolen and didn’t have a place to stay. Back in October, Johnson agreed to let Mele crash at his business office in exchange for help on a work project. Despite giving him a place to stay, Mele would end up robbing Johnson of his valuables.

On December 19th, Mele broke into Johnson’s North Palm Beach office and stole $33,000 worth of collectible coins. The commemorative presidential dollar coins were passed down from Johnson’s father after he died about six years ago. The office was ransacked and he stole other items as well. However, security cameras caught the moment Mele put blue tape over the lenses.

Mele was able to sell some of the coins for a few thousand dollars, but he grew tired of going to pawn shops. So the genius went to Coinstar machines and deposited the rare collectible coins and got face dollar for them. “He easily had $33,000 worth, and he dumped it in a Coinstar machine,” Johnson said. Shane Mele is definitely not a coin star.

On February 1st, the Palm Beach County Sheriff’s Office arrested Mele at a home in Lake Worth. Mele was charged with grand theft of more than $100,000, plus 10 counts of drug-related charges after police reportedly found painkillers, marijuana and drug paraphernalia in his backpack. Mele also had an outstanding warrant. Mele was released on February 4th after posting bond.

Mele confessed to police that he stole the coins, but justified the crime by telling cops that “Johnson owed him.” Mele was unable to give further details on why he owed him. The police report also notes that Mele told police that he was “looking for a way out” and saw the coins as his ticket.

Johnson said he is disabled and not really working, and those coins were his life savings. “I was using those coins to help stay alive,” Johnson said. “There’s no insurance that covers this kind of thing, really. Not at the losses we’re talking about. It’s put me in a world of hurt.”

The moral of the story is Florida is gonna Florida.