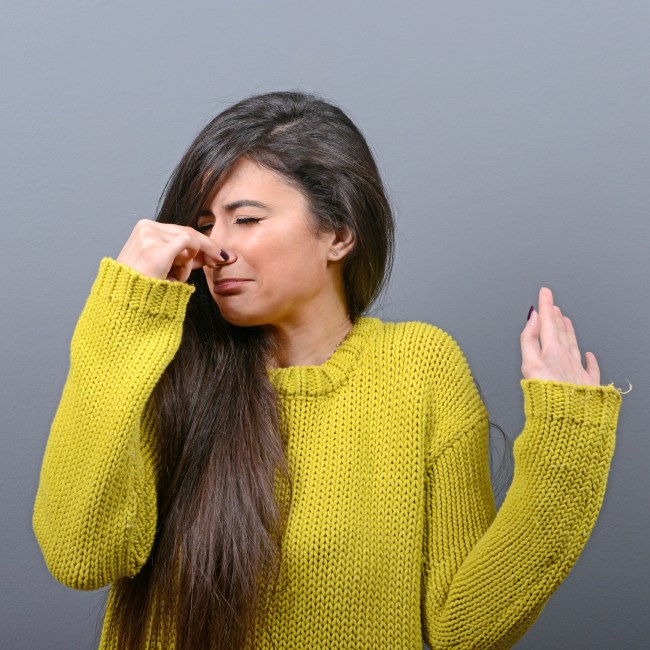 If there’s one thing that most every Florida woman knows, it’s how to be absolutely batshit crazy. That’s not meant to be a knock on all of the ladies down in the Sunshine State, but, shit, just looking at the headline above proves that some of the women down there sure have a few wires loose in their heads — and Nicole Dozois sure fits that description.

That’s because the 40-year-old from around the Tampa area was arrested for going full-blown psycho on her 59-year-old dad. While hearing stories about a kid being pissed at their parent isn’t all that uncommon, it’s why Nicole went off on her dad that’s really getting the attention.

According to The Smoking Gun, the Florida woman — who shares a bedroom with her dad — “became angry” when her old man began farting. When the flatulence didn’t subside, instead of just leaving the room and sleeping on the couch like a normal human being probably would do, Nicole Dozois did the next most “sensible” thing: beating the living shit out of her dad. Take a look at some of the details below about the wild incident and arrest.

Around 2 a.m. Sunday, Dozois “became angry” with her father “due to his flatulence and an argument ensued,” police report. Dozois then allegedly attacked her father, punching him in the face “numerous times.”

Upon responding to the residence, cops noted that the victim “had a bloodied left eye and scratches all over his neck as a result” of the attack.

Dozois was arrested for domestic battery and booked into the county jail. She was later released on her own recognizance.

Well, just when you thought farting was an innocent thing that every single person does, this damn Florida woman goes and proves that it might be best to silently let them loose rather than releasing them at full force. I mean, farts are funny AF — let’s just call a Spade a Spade — but not if it leads to getting your ass handed to you by a complete psychopath.

Then again, I actually had an ex-girlfriend who hated my routine morning farts, and, on one day, decided to say “Nick, that’s so gross” in the most disgusted voice ever. Fast-forward a few hours and she was texting and asking me not to be home between certain hours because the movers were coming. Was it the morning farts that did me in? It’s a question I’ve asked myself for years.

Anyway, this isn’t the first time Nicole Dozois has had trouble with the law, as The Smoking Gun reports she’s all been arrested for allegedly punching her sister in the head inside the family’s house in 2018. Add in the fact that she’s previously been convicted for theft and violating probation, well, it’s clear that this is one Florida woman who probably needs to avoid being around people — especially anyone in her family given her apparent abusive history.