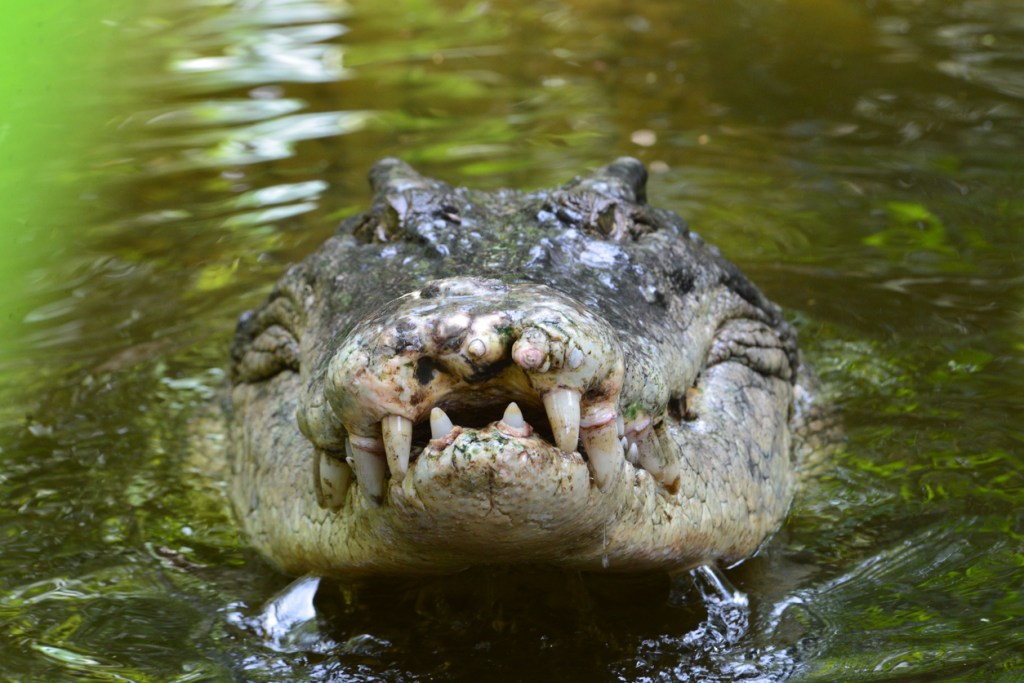 The Australian animals are at it again. Every time I let my guard down and think to myself “I might love a trip to Australia” the creatures of the Land Down Under remind me why that’s a bad idea. This footage of a saltwater crocodile leaping out of the water to snatch a bat from mid-air is the latest reminder that Australia is not to be trifled with.

Footage of saltwater crocodiles leaping out of the water have been viewed by millions. Whether it was footage of Steve Irwin feeding a crocodile who had to jump out of the water or something filmed in the wild, most people are at least aware that crocs can jump if they want to.

The fact that we know crocs can get out of the water doesn’t make footage like this video below any easier to digest. This massive saltwater crocodile in Queensland, Australia jumps out of a lake and snatches a bat as it was flying by and got too close to the water. Someone with a camera was at the right place at the right time and this footage has since gone viral.

The caption on that video says this was a portion of a ‘very wide river’ where there aren’t many bats. The person who uploaded the video says they’ve seen these huge crocs eat bags before but only when they fall into the river. Never until now had they seen a crocodile operate with such precision and leap out of the water to snatch a bat from the air.

What’s wild is the caption goes on to state that we almost got TV-quality footage of this encounter instead of the video you saw above:

Ironically I was meant to have a film crew with me the last few weeks but they wanted me to promise on what I could deliver and who can promise the wild. They wanted hatchlings in a creche and if possible crocs eating. I certainly needed the work but I couldn’t promise and they chose not to come. What can I say but their loss.

Crocs are very hard to document in the wild as most of the time they are inactive or hide.
Unfortunately my good camera over heated as I was filming flying teddies (bats ) so it just stopped. But I had a point and shoot and thank goodness I kept filming , sorry about the quality , but the content ……you just don’t see this every day.

How Many Crocs Are In Australia?

There are an estimated 200,000 adult crocodiles in Australia ranging from Western Australia to Queensland. If we’re being honest, I would’ve thought that number was about 10x higher based on the number of croc stories in the news but that might be a byproduct of Australians trying to trick the rest of the world into believing their country is unsafe.

If they can successfully convince all of us to stay away for fear of being eaten by a crocodile, shark, or spider then they can enjoy all of the glorious wilderness Australia has to offer for themselves. That’s my own personal conspiracy theory that’s not based in reality at all, by the way.