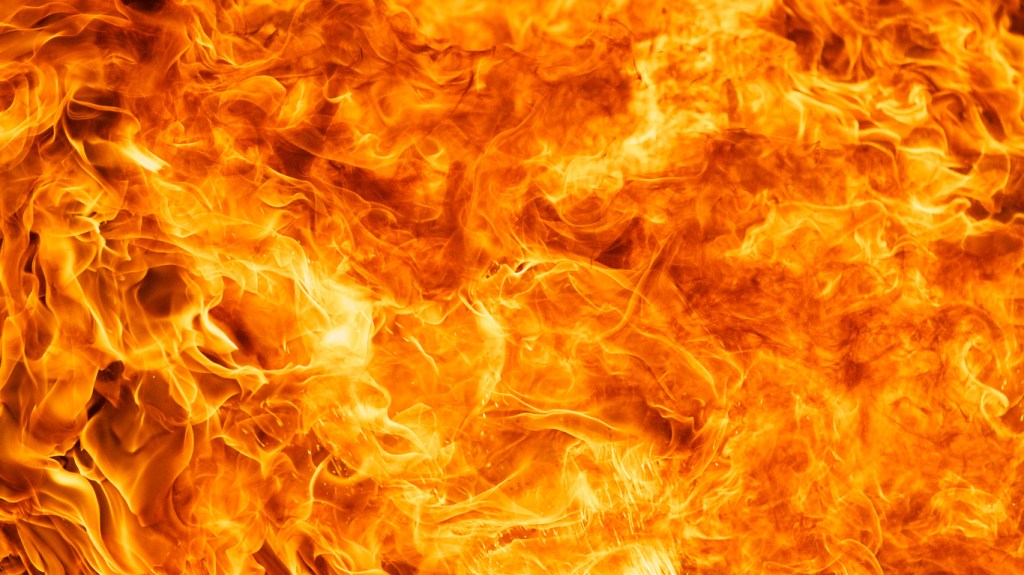 A helicopter filming a blaze in northwestern Los Angeles County on Wednesday evening captured shocking footage of a real-life ‘Fire Tornado’. It’s a weather phenomenon that happens every couple of years and each time people (like myself) see a Fire Tornado or Fire-nado happen everyone is shocked.

The fact that such a thing as this can exist is deeply unsettling. Tornados and Fires are two of the most destructive forces in nature. They simply should not be able to combine forces. That’s too much power.

But fire tornados do exist and they pop up every couple of years like this one on Wednesday evening in the Sam Fire in Gorman, California. The KTLA chopper was flying overhead when the fire-nado really picked up strength and the resulting footage is one of the best looks at a real-life fire tornado the Internet has ever seen.

That looks like something I’d expect to see in a Hollywood film or the finale of Stranger Things, not in Los Angeles Country.

How Rare Are Fire-nados and what causes them to happen?

Fire tornados are extremely rare. There are similar weather phenomenons known as a ‘Fire Devil’ or ‘Fire Whirl’ but the fire-nado is different from those because the vortexes ‘extend from the ground right up to the base of the cloud above’ according to Your Weather UK.

Basically, what needs to happen in order for a fire tornado to occur is (1) there needs to be fire, (2) an updraft of warm air from the fire all rushing upwards, and (3) shear winds blowing in different directions to trigger the tornado rotation.

That’s when we get this absolutely bonkers weather phenomenon that’s actually happened more frequently in California over the past few years than anyone would like to acknowledge. Here is one from the Cleveland National Forest in San Diego last Summer:

When KTLA shared a tweet of the firenado footage it hit Twitter like a bat out of hell. Everyone was shocked that such a thing was occurring in Los Angeles County. Here’s what people were saying:

Heaven help us if that thing starts throwing out sharks….

Me living on the earth right now pic.twitter.com/R07a0LAd3L

This would be a great time to reboot the Sharknado franchise… Maybe throw in some giant fire tarantulas?

I know where this is headed 🔥 🌪 pic.twitter.com/ISwj4x492h

It is possible to simulate a Fire Tornado under controlled conditions.

The Slow Mo Guys on YouTube set about creating their own firenado a few years back. That video went on to pick up over 21 million views and counting. People are consistently stunned that such a thing can exist and here we get a slow-motion, high definition, close up look at what is happening:

This all reminded me of a Fire Tornado a few years back at the Jim Beam Distillery when it suffered a massive fire. There was a lot of alcohol runoff into a nearby lake that caused a firenado to pick up: