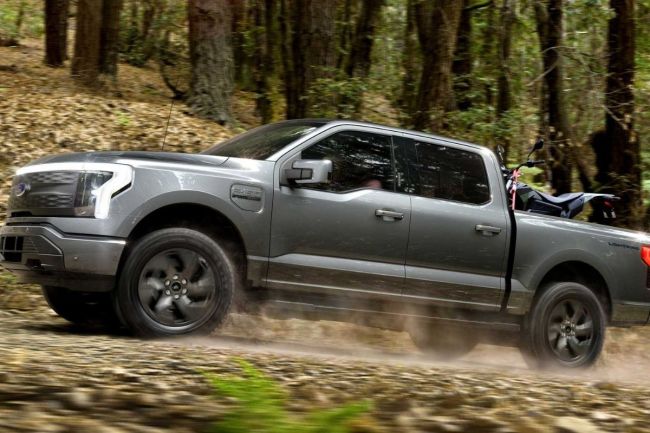 The Ford F-150 has been the best-selling truck (and vehicle) in America for years now. So when Ford announced they were building an all-electric Ford F-150, called the Ford F-150 Lightning, the initial response garnered excitement.

That announcement was well over a year ago, but the hype hasn’t washed away. Ford then started taking pre-orders for the F-150 Lightning in May of 2021, taking in more than 44,000 orders in 48 hours.  Since then, they’ve amassed a reservation list of over 200,000 buyers.

Hype for the Ford F-150 Lightning is so hot right now that Ford has even sent out announcements to dealerships saying they could receive punishment if any price markups or reselling occurs.

The F-150 Lightning release is less than 6 months away, with a projected release date of this May. So it wasn’t much of a shock that Ford placed the Ford F-150 Lightning under their lineup of vehicles on their website. 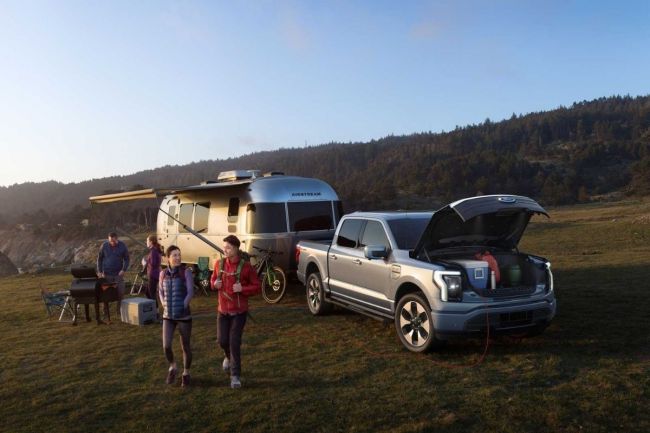 The real surprise, however, was the ticket price for these bad boys. While a Pro (base model) F-150 Lightning starts at a modest $39,974, the sticker price for a fully-loaded Platinum is begins at $90,874.

Take into account all the additional bells and whistles you can add and a Platinum Ford F-150 Lightning could end up costing $97,000—so nearly $100,000 for Ford’s first 100% all-electric truck.

Potential for Being the Best All-Electric Truck on the Market

Ford packed a whole lot of performance into the Lightning. All models will have four-wheel-drive as standard, and there will be two types of battery packs to choose from. The Pro (base model) comes with a whopping 426 horsepower, a 230 mile charge range, and 775lb-ft of torque. The Platinum comes with the extended battery model and has an eye-popping 563 horsepower, 300-miles charge range, and the same torque, and a 0-60 around 4.5 seconds.

As far as design features go, the Lightning has a front trunk, which Ford calls the “Frunk.” It’s water-resistant and lockable, and it holds a seriously spacious 14.1 cubic feet (400 liters) and 400 pounds (181 kg) of payload.

Inside the cab is a 15.5″ touchscreen with a SYNC 4A infotainment system. There are also a number of electric outlets—there are 10 120 V outlets all throughout the truck, as well as one 240V outlet in the bed.

And perhaps the craziest feature of the F-150 Lightning is its Intelligent Backup Power capability, which will turn the truck into a charging point and power an entire house for several days if needed. The power output reaches up to 9.6 kW, and the capacity estimates around 155 kWh net and 170 kWh total.

Getting Your Hands on the F-150 Lightning

If you’re not on the reservations list for the F-150 Lightning, it’s going to take some time before you have the chance to purchase it. Nonetheless, that time might be shorter than we think thanks to Ford kicking it into high gear with production.

Just be ready to pony up the money if you’re going to go for the Platinum.