Former Addict Left Homeless Now Earning $100,000 A Month On OnlyFans Is Your Daily Reminder Not To Be Ugly 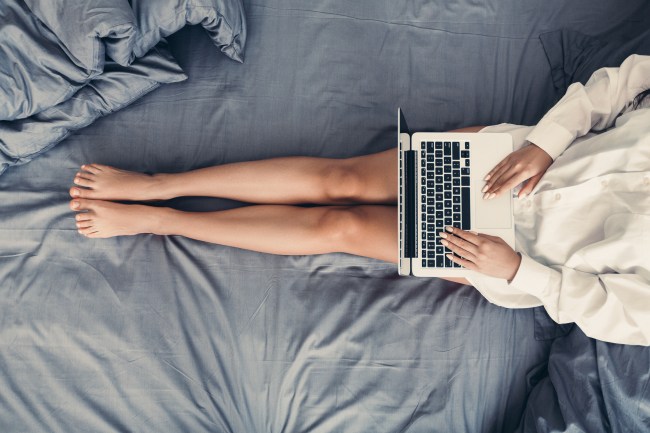 Did you know that upon creating an OnlyFans account, a man in a black limousine pulls up to your crummy apartment and hands you a briefcase with $1 million in it?

Sounds insane, I know. But I’m just working off the data:

Ah yes, forgot to mention. You must have breasts that the general public finds desirable and be willing to snap photos that won’t be plastered on Christmas cards.

The 31-year-old ex-homeless teacher from the UK was once stealing money from her mom to fund her addictions and wrangling guys on dates to buy her drinks.

“Once I was so desperate for a drink I put up a post on Facebook about not being able to sleep because there was a spider in my bedroom,” she explained, saying she would “lie, cheat and steal” to fund her habits — including stealing from her own mother.

“A random guy asked how he could help and I said I needed a drink to get me to sleep. I ended up walking round to this bloke’s house at 2 a.m. for half a bottle of gin.” [via Knewz]

Watson, who earned a degree in psychology in 2016, derailed her life after going on days-long cocaine-fueled benders that ultimately left her homeless and sleeping on the couches of friends and shady men.

Watson said her life changed after a friend took her to an Alcoholics Anonymous meeting and she began the road to recovery, saying “I was at the end of being able to cope. I’d made several attempts at suicide by then, spending time in hospital and police custody. I knew I couldn’t go on.”

Watson took a job looking after small children, but needed another income stream to feel comfortable, so she started an OnlyFans account in December 2019 and began making over $100,000 a month. She ultimately quit her teaching job and gave 16 hours a day, seven-days-a-week posting content and interacting with fans on the site.

According to Knewz, Watson claims she’s earned over £1 million (approx. $1.4 million USD) in the past 12 months on OnlyFans and not only plans to pay her mom back, but also moving into a luxury home.

Moral of the story: Don’t be ugly.