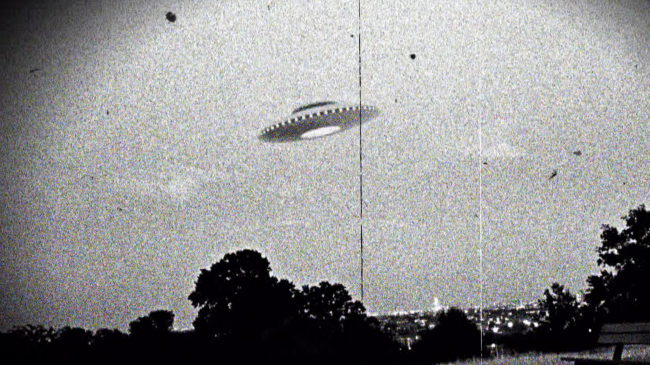 Tthe days of the United States government keeping all of their UFO secrets under wraps appear to be coming closer and closer to an end. Now a panel of former U.S. Air Force officers says they will be presenting evidence that UFOs tampered with American nuclear weapons.

Salas organized the panel and raised the money for the press conference and congressional lobbying through GoFundMe.

“It is time for the U.S. Congress to hold public hearings on the Unidentified Aerial Phenomenon (UAP),” Salas wrote on the GoFundMe page. “There are many ex-military witnesses who can verify UFO incidents of nuclear weapons bases. All funds from this fundraiser will be used support a press conference and lobbying activities in Washington DC with some of these witnesses in the coming months. The current period in time represents a unique opportunity to promote open and public disclosure of long held secrets by government agencies.”

A press release about the conference states, “Declassified U.S government documents and witness testimony from former or retired U.S. Air Force personnel to be presented as evidence of ongoing incursions by unidentified aerial objects at nuclear missile sites over several decades. These will be cited to support the claim that nuclear missiles were inexplicably disabled while a UAP object silently hovered nearby. Four former officers involved in such encounters will discuss these and other incidents at the National Press Club and urge the U.S. Congress to investigate and hold public hearings.

“Former Air Force officer, Robert Salas, was the on-duty commander of an underground launch control facility assigned to Malmstrom Air Force Base, Montana, on March 24, 1967. He has publicly stated over a span of twenty-five years, that all ten of his ICBMs became inoperable and that eight days earlier, on March 16, 1967, a similar incident occurred at another missile launch control facility.

“This Press Conference will present witness testimony and other evidence of a many of such incidents.”

Salas and his group aren’t the first people with ties to the U.S. military and/or government to claim UFOs interfered with America’s nuclear weapon capabilities.

Lue Elizondo, the former head of the Pentagon’s Advanced Aerospace Threat Identification Program (AATIP), has stated he has knowledge of numerous UFOs have appeared over the years above highly secure U.S. military installations and have even interfered with the country’s nuclear capabilities.

“I think, for me, the most concerning not most compelling but the most concerning, are those incidents that involve our nuclear equities,” Elizondo told the media back in April. “There seems to be a very distinct congruency between UAP, associated UAP activity and and our nuclear technology, whether it be propulsion or weapon systems or whatnot. And that’s concerning to the point where we’ve actually had some of our nuclear capabilities disabled by these things.”

Last year, former Senate Majority Leader Harry Reid revealed that UFOs have been repeatedly reported to have appeared in the vicinity of America’s nuclear weapon sites.