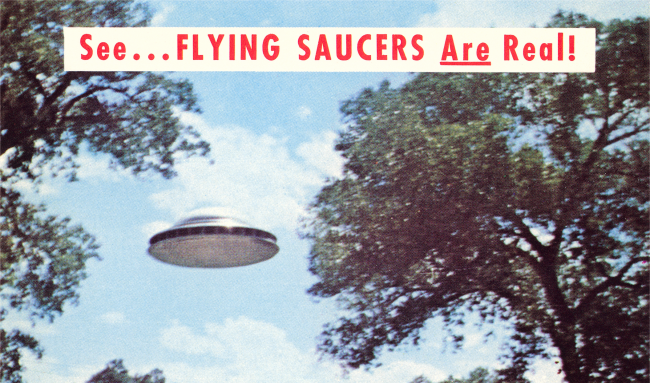 Luis “Lue” Elizondo, is, according to the New York Times, part of a group of former government officials and scientists who are “convinced that objects of undetermined origin have crashed on Earth with materials retrieved for study.”

And now he’s writing a tell-all book about his time working for, and being in charge of, the United States government’s secretive UFO, or Unidentified Aerial Phenomena (UAP), program

Elizondo, who resigned from the Department of Defense in 2017, was the Pentagon’s Advanced Aerospace Threat Identification Program (AATIP) director for 10 years after joining the group in 2008.

His memoir, which will be published by William Morrow, an imprint of HarperCollins, “promises to reveal shocking never-before-shared details regarding what Elizondo has learned about UFOs and the profound implications for humanity, all of which will escalate what is already a hot topic globally.”

“I’ve been privy to witness to many extraordinary things. Unfortunately, ones that are classified I’m not going to elaborate or share. But I’ve said for the record before, we’ve had video, you know, some of these videos are 20, 25 minutes long. In other cases, these things are 50 feet away from the cockpit, very compelling. But with that said, I’m not at liberty to go into details in those but what I can say are the ones that have come to light,” Elizondo explained to the media back in April.

“I think, for me, the most concerning not most compelling but the most concerning, are those incidents that involve our nuclear equities. There seems to be a very distinct congruency between UAP, associated UAP activity and and our nuclear technology, whether it be propulsion or weapon systems or whatnot. And that’s concerning to the point where we’ve actually had some of our nuclear capabilities disabled by these things. So, you know, again, let’s put this into context of foreign adversarial technology if Russia or China had the ability to disable our nuclear strike capability or defense capability. That’s pretty significant. That’s a concern. For us. It should be.”

Lue Elizondo also claimed that the UFOs he has investigated with the AATIP “have an active interest in our nuclear technology, and have in the past interfered with some of our nuclear capabilities.”

He added in his resignation letter, “In many instances, there seems to be a direct correlation the phenomena exhibits with respect to our nuclear and military capabilities.”

“Imagine a technology that can do 6-to-700 g-forces, that can fly at 13,000 miles an hour, that can evade radar and that can fly through air and water and possibly space,” Elizondo revealed to CBS News’ Bill Whitaker in a recent interview. And oh, by the way, has no obvious signs of propulsion, no wings, no control surfaces and yet still can defy the natural effects of Earth’s gravity. That’s precisely what we’re seeing.”

No word yet on when Elizondo’s book about his time with the Pentagon UFO program will be released, but when it does it is sure to cause quite a stir.