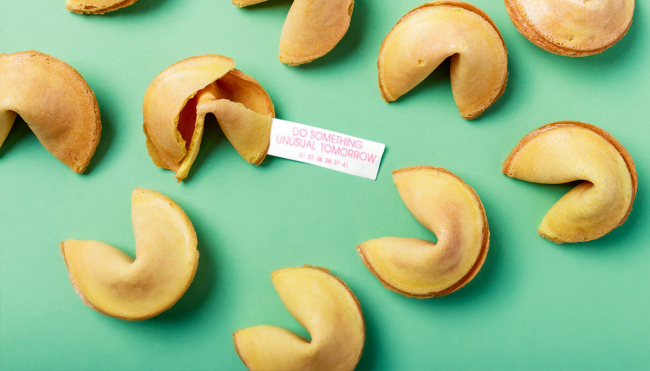 A few weeks ago, I had the truly unparalleled pleasure of heading to the register at a convenience store only to discover I’d been beaten to the punch by one of Those People rattling off the lottery numbers they’d jotted down on the multiple pieces of paper they shuffled through over the course of a torturous wait.

You have to be pretty delusional to think you’ll take home the jackpot because numbers drawn from the date you were born or the day you were married are particularly “lucky.” Of course, the same could be said for the “somebody has to win” mentality that makes many people buy lottery tickets despite the astronomical odds of cashing in, but at least the people who are content with letting the machine pick numbers at random don’t make others stand in line for five minutes while they chase a dream that will statistically never be realized.

With that said, there are plenty of stories concerning people who’ve managed to win big by drawing inspiration from various sources, including the guy who cashed in after using Red Sox jersey numbers and another who secured a $344 million Powerball prize courtesy of the lucky numbers they found in a fortune cookie.

However, it turns out that second case is far from an isolated incident. According to a study conducted by OpenFortune, at least 146 people have used the numbers they found after breaking open the treat that accompanied their order of Chinese food to win the lotto since 2004, with their combined winnings totaling $406 million. 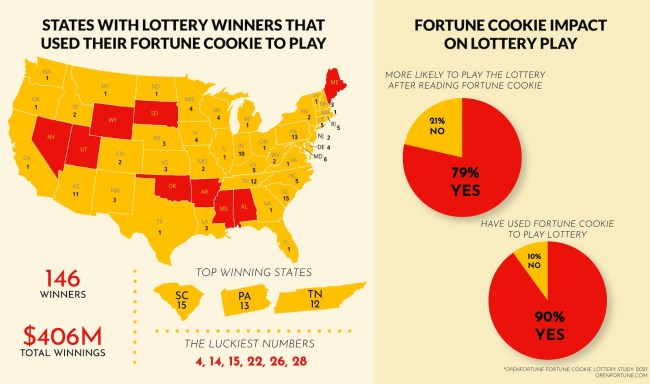 Does this mean you should start paying attention to the numbers accompanying the generic pieces of life advice that have seemingly replaced actual fortunes inside the cookies? Probably not, but it’s not like it’s going to hurt.