These Are The Four Types Of Streaming Consumers, According To Science Or Whatever! 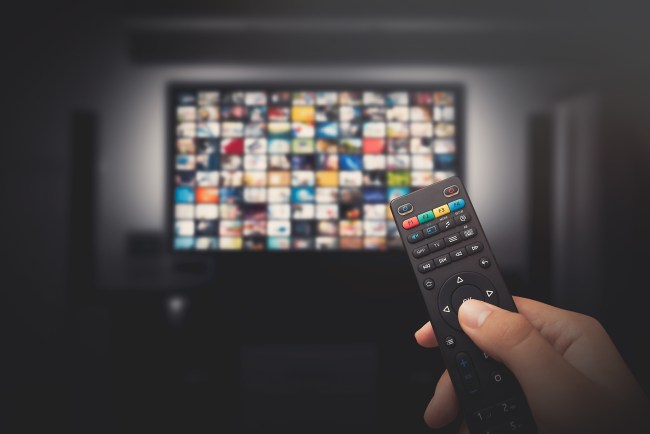 This right here is yet another example of why it’s total BS that these massive tech companies can just mine our data and whatnot: because they can then turn it around and use that data to start insulting is, which is exactly what Hulu has done. So, here are the four different types of streamers, according to data or science or whatever, who the hell knows, man, I’m just a movie-watched and a writer — quit putting labels on us, Hulu.

The largest group of the bunch, this type of streaming customer is classified as someone “stream content as a way to decompress and “(lightly) reflect.”

“The content these users pick often has some nostalgia attached to it. Demographically, this group is also closest to the population as a whole,” according to The Hollywood Reporter.

This group of users watches streaming content most closely to the way “old” television was consumed, as they watch “usually at set times with family, friend, or a partner as part of a daily routine.” The data also suggests that classic streamers are more likely “to be married than the general population and are slightly more affluent,” which sort of feels like a polite way of saying “these people have their shit together and don’t just sit around watching TV all day.” Okay, Hulu, we get it.

This group is the “21 percent of users who will spend a weekend racing through an entire season, or multiple seasons, of a series. The group skews somewhat older and is more likely to live alone.” Again, yet another a thinly-veiled shot from Hulu, who are essentially calling these people the lonely motherfuckers of society.

Making up 13% of Hulu’s data, this group “seeks out series and movies that create or drive cultural conversation, and also want to take part in the conversation and is more likely to be part of Generation Z.” Typical Gen Z, consuming content simply so that they can later talk about. Sort of like watching people play video games on YouTube or Twitch — I, born in the year 1993, absolutely don’t understand. But Gen-Z eats that shit up. I’m thankful for tons in life, but one of the more low-key blessings I’ve received is being born justtt before the dawn of laptops and cell phones so I remember what life was like without them — a true-dividing line amongst the younger generations.