Fox Is Finally Going To Air Controversial 2006 O.J. Simpson ‘If I Did It’ Confession Interview 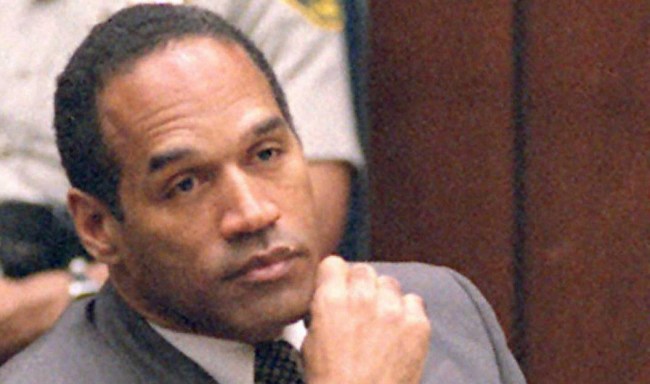 Back in 2006, O.J. Simpson was making the rounds promoting his book called If I Did It about the murders of his of ex-wife Nicole Brown Simpson and Ronald Goldman. In the book, Simpson shared his “hypothetical” description of how his ex-wife and her friend might have killed back in 1994 if he were the “real” perpetrator.

As a part of this morbid publicity tour Simpson sat down for an interview with Fox to discuss the book and his “hypothetical” confession. However, at some point along the way common sense prevailed and the interview was never aired and all of the proceeds from the book were awarded to the Goldman family. And by common sense, I mean that so many people protested Fox decided to pull the plug despite heavy promotion.

“O.J. Simpson, in his own words, tells for the first time how he would have committed the murders if he were the one responsible for the crimes,” FOX said in a statement. “In the two-part event, Simpson describes how he would have carried out the murders he has vehemently denied committing for over a decade.”

Now, however, with Simpson out of prison and back in the public eye, Fox has apparently decided that airing the interview is somehow acceptable and will finally air the recently “discovered” controversial If I Did It interview.

According to The Hollywood Reporter, the show will definitely go on as their sources claim that both the Brown and Goldman families have approved of the show’s release.

Renamed O.J. Simpson: The Lost Confession?, the interview will air on Sunday, March 11, at 8 p.m. ET/PT, coincidentally going up against the ABC debut of Fox’s former show American Idol.