Struggling Actor O.J. Simpson Might Be Making An Appearance In An Upcoming Sacha Baron Cohen Movie 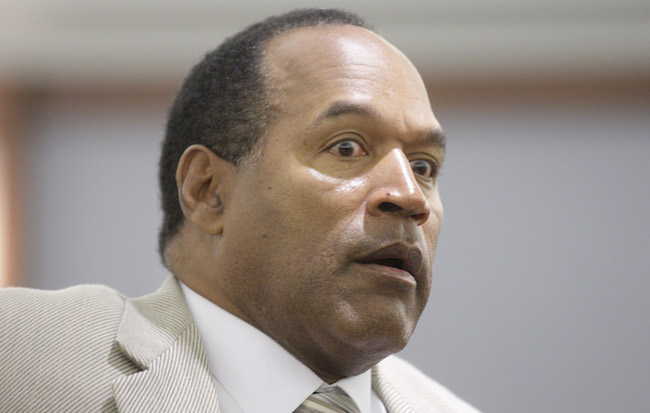 While it might be slightly overshadowed by his time in the NFL and that whole “murder” thing, it’s worth remembering that O.J. Simpson actually had a pretty successful career as an actor. He had a role in Roots, starred in a number of movies, and even hosted Saturday Night Live before he captivated the nation with his screen presence for different reasons than he probably intended.

Simpson attempted to revive his career in 2006 when he became the star of a hidden-camera show called Juiced, which featured one of the most surreal opening title sequences of all time and a prank featuring a white Ford Bronco that somehow manages to make Logan Paul’s Suicide Forest video seem tasteful. Now, it appears the acquitted murderer is teaming up with another master trickster in the form of Sacha Baron Cohen based on a recent meeting between the two.

According to The Daily Mail, Baron Cohen was spotted sporting one of his many signature disguises inside a Las Vegas hotel before heading into a room to meet with Simpson. The actor hasn’t starred in a film as one of his many alter ego’s since The Dictator back in 2011, so it’ll be interesting to see if this sit-down is part of a new project.

Simpson was reportedly paid $20,000 for his troubles (a source said,”There was no way Sacha could have got OJ into the room without paying money,” which I assume had something to do with concerns the convicted felon had about what went down the last time he went into a Las Vegas hotel room). The reported payment has irked some family members of technically-not-Simpson-victim Nicole Brown, but they would theoretically be entitled to the sum based on the result of the civil suit they successfully filed against her ex-husband.

Here’s to hoping Baron Cohen can be the Andrew Jarecki to Simpson’s Robert Durst.