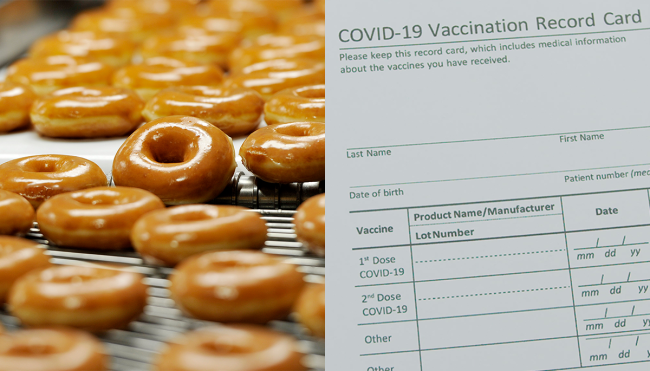 It’s been around a year since people across the United States began to turn to Tiger King for a much-needed distraction after being abruptly introduced to the lockdown lifestyle most of us have been living some variation of since last March, and while I’m knocking on wood harder than I ever have while typing this, it appears the pandemic that turned our lives upside down like a couple of guys who were up to no good in Will Smith’s neighborhood is on the verge of coming to an end.

There’s obviously still plenty of work to be done, but as of this writing, 25% of Americans have received at least one dose of the various COVID-19 vaccines that arrived with a vengeance at the tail-end of 2020, and thanks to how much production has been ramped up in recent months, it appears we’ll have enough shots to ensure anyone who wants to be inoculated will be able to do so by the time the summer rolls around.

It’s been almost two weeks since I secured my second shot (shoutout to my fellow members of #ModernaGang,) and it’s hard to describe the weight that’s been lifted off since I walked out of the site where I received it, as I’d almost forgotten what it was like to be able to venture into public and grab a beer outside without the suffocating sense of dread that accompanied basically every activity we once took for granted.

This newfound freedom is really the only perk you could ask for, but if you’ve managed to secure a COVID vaccine card, you can now cash it in for a bonus courtesy of Krispy Kreme, which is letting anyone who walks in and flashes the hottest drop of the year leave with a free glazed donut every single day until the end of 2021.

If you’re one of the many people like myself who’ve lived an impressively sedentary lifestyle and largely relied on takeout and alcohol for sustenance over the past year, this certainly isn’t going to do wonders when it comes to honing your summer bod.

With that said, I think we still deserve a treat or a couple hundred by this point, so I’d like to thank Krispy Kreme for coming through in the clutch.