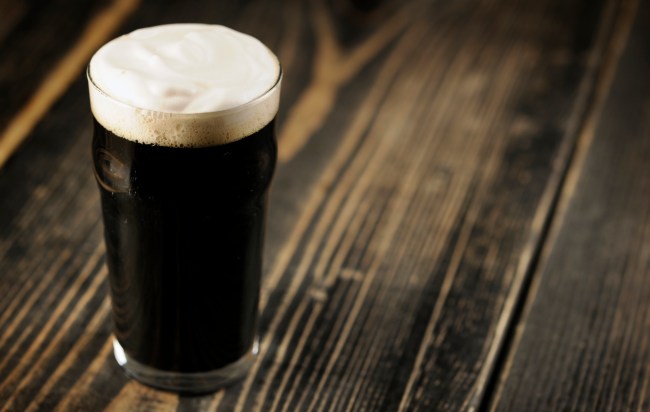 One of the downsides of having a winter birthday as a kid was there was virtually no chance I was going to be able to receive the gift I wanted most: an ice cream cake. It’s tough to find a bowling alley or roller rink in New England serving up a frozen sheet cake in the middle of January, so I was largely forced to rely on friends who were born during a time of year when Dairy Queen is open in order to get my fix.

Sadly, unless you’re fine with buying one for yourself and tracking your descent into madness as it slowly takes up less space in your freezer, there aren’t many excuses for someone without access to a child to bring ice cream cake into their life… at least until now.

According to Food and Wine, Carvel— the company responsible for the iconic “Fudgie the Whale”— has teamed up with Captain Lawrence Brewing to create “Fudgie the Beer,” a stout made with the company’s fudge and chocolate crunchies that turns your childhood memories into an adult beverage.

“There’s a whole bunch of Carvel chocolate in this beer, and it works so well. The beer is a touch roasty, with sweet chocolate undertones and aroma of chocolate, fudge and hops.”

Cans of Fudgie the Beer quickly sold out after they went on sale at Captain Lawrence’s beer hall in Elmsford, NY on Wednesday, but the taproom will be serving the brew (as well as milkshakes made with the beer starting next week). Stouts might not be the first drink you think of when you think of summer, but I think this is a pretty good exception.