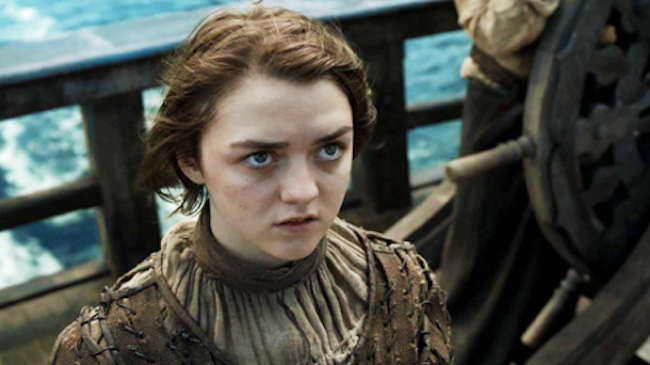 Last year, the Game of Thrones marketing team managed to convince thousands of people to tune into Facebook Live to watch a chunk of ice melt before revealing the date of the premiere of the show’s seventh season (a process that took what I like to tell myself was a very carefully calculated 69 minutes). There’s no telling what they’re going to do to drum up excitement this year— I’d personally hire archers to spend three hours spelling out the date with hundreds of arrows— but fans are already doing everything they can to figure out when they can expect the first episode of the last season.

Rumors began to swirl almost immediately after the end of season seven that we might have to wait until 2019 before Game of Thrones comes back. Several stars of the show continued to fuel the speculation until HBO confirmed the eighth season won’t be airing until next year. They didn’t specify when we could expect new episodes, but Maisie Williams provided fans with their biggest break yet when she appeared to say the show was planning for an April release.

If you noticed the “appeared” in the previous sentence, then you’ve probably already figured out that there’s been yet another twist in the quest for the date of the debut. Williams took to Twitter to deny the reports (while implicitly calling me a liar in the process) and reminded the world that British tabloids might not be the most reliable source of news.

Just a tweet letting you know this game of thrones release date "quote" I've supposedly given is completely false and taken from an interview I did years ago.

I still can’t believe people are allowed to go on the internet and tell lies like this.