George R.R. Martin Has Some Bad News For People Who Are Anxiously Waiting For His Next Book 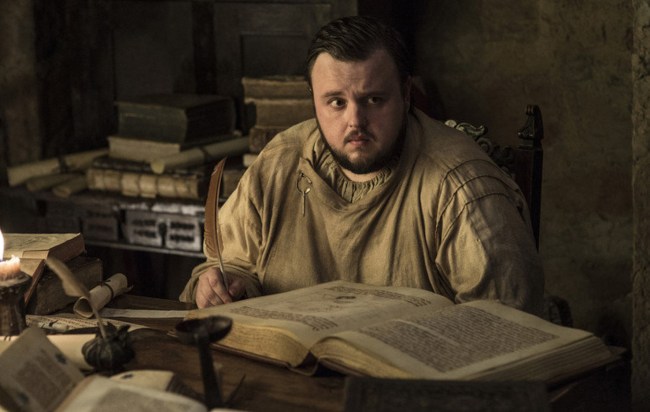 It’s been a couple of months since we officially bid adieu to Game of Thrones, and now that we’ve had a little bit of time to reflect on how things panned out in the end, I think we can all agree the last season of the show was kind of garbage.

As someone who watched the series from the very beginning, I’ll admit I felt fairly betrayed by David Benioff and D.B. Weiss, the certifiably terrible showrunners who were apparently too preoccupied with working on a new Star Wars movie (that will definitely and totally not cause another group of fans to get pissed off) to give Game of Thrones a proper sendoff.

The final seasons of the show experienced a notable dropoff in quality, but in fairness, you can’t lay all the blame on the producers, who were forced to scramble after the show ran out of source material to draw from thanks in no small part to George R.R. Martin, who was apparently too preoccupied with…stuff to get around completing the next installment in the series that is A Song of Ice and Fire.

It’s been eight years since Martin produced his last tome, and while fans of the series are anxiously waiting for the next one, he doesn’t appear to be in any rush to finish it.

Now, according to a report by Entertainment Weekly, you’re probably not going to hold your breath if you’re holding out hope for the future.

In the interview, Martin says he now feels less pressured to finish his books more than ever before now that Game of Thrones has come to an end, saying:

“The most pressure I felt was a few years ago when I was desperately trying to stay ahead of the show. There was a point when the show was coming out in April and my editors said if I could finish the book by December they’d rush it out.

And the pressure I felt that fall was the greatest pressure I’ve ever felt and then at a certain point it became apparent I’m not going to finish it by then. I don’t only want to finish it, I want to make it as good as I possibly can.

Since then there’s been pressure but not like there was at that point. There’s no longer a race. The show is over. I’m writing the book. It will be done when it’s done.”

Martin also notes that while he gave the showrunners advice on how to do things, their visions differed and that the book (or, if his master plan is to be believed, books) won’t necessarily feature the same plotlines, saying:

“I have very fixed ideas in my head as I’m writing The Winds of Winter and beyond that in terms of where things are going.

It’s like two alternate realities existing side by side. I have to double down and do my version of it which is what I’ve been doing.”

Is there a chance that he’ll give the series the justice it deserves? Yes. Is there also a chance he’ll die before he’s able to do that? Also yes.

Here’s to hoping only the first one happens.