Final ‘Game Of Thrones’ Season Will Cost HBO $90 Million, How It Compares To Other Pricey TV Shows 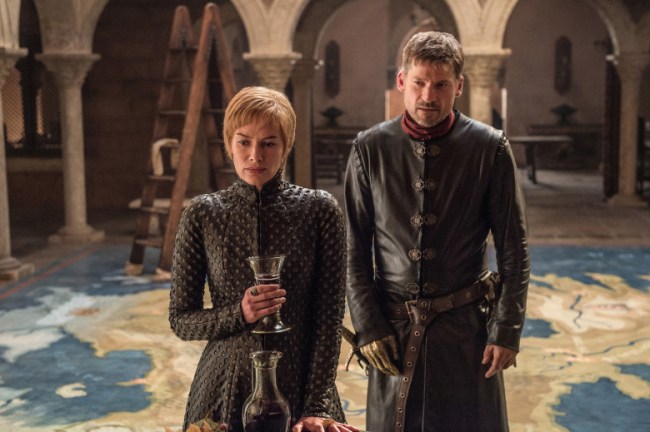 HBO must have gotten a loan from the Iron Bank of Braavos to finance the final season of “Game of Thrones” because it is going to be insanely pricey. Season 8 of “Game of Thrones” is expected to have a cost of $90 million, making it one of the most expensive TV shows of all-time. Filming on four continents, needing visual effects to create three dragons the size of 747 airplanes, producing large-scale battles of hundreds of warriors, and constructing detailed sets such as castles costs mightily. Not to mention the stars of “GoT” who are also making their weight in Gold Dragon coins. Emilia Clarke (Daenerys Targaryen), Nikolaj Coster-Waldau (Jaime Lannister), Peter Dinklage (Tyrion Lannister), Kit Harington (Jon Snow), and Lena Headey (Cersei Lannister) all make $500,000 per episode on the hit fantasy TV show.

Season 6 and Season 7 of “Thrones” had an already ridiculous cost of $10 million per episode, up from the approximate $6 million per episode in Season 5. Variety reported that the last “Game of Thrones” season will be the most expensive yet. Season 8 will only have six episodes at a price of $15 million per episode. The costs do not include the price of re-shoots and additional VFX effects, so the final price tag for the movie-like TV show could be astronomical. So how does Season 8 of “Game of Thrones” compare to the most expensive TV shows of all-time?

To give you an idea of what a typical TV show costs, Apple is paying $2 million an episode for the “Carpool Karaoke” series. FX generally spends $3.5 million to $4 million per hour on dramas. TNT paid up to $6 million an episode for the show “Will.” Variety reports, “For broadcast networks, the high end is roughly $4.5 million (with most shows coming in about $1 million below that).”

Here are some of the most expensive TV shows of all-time:

With a price tag of $15 million per episode, it is no wonder that “Game of Thrones” rushed to end the series instead of allowing the hit show becoming a budgetary albatross.