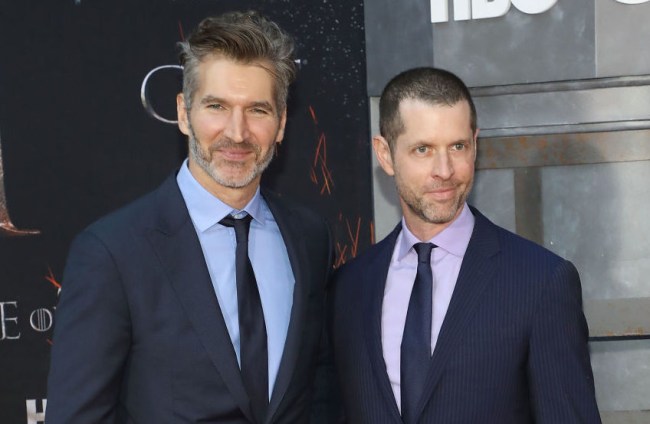 Game of Thrones was easily the most highly hyped television show in recent memory, and as a result, people expected big things from the final season even though the previous one didn’t exactly live up to expectations.

Unfortunately, the last season can be best described as a poop-flavored lollipop thanks to the bad taste it left in the mouths of viewers who expected much more than they got. Sure, the finale was no Dexter but I never thought Game of Thrones would turn into one of those shows you’d never recommend to people because the payoff isn’t worth the time you have to invest.

There’s not necessarily any one person you can blame for the underwhelming ending but there are two people you can blame: D.B. Weiss and David Benioff, the showrunners who caught an insane amount of heat for how they handled the last couple of seasons.

While there’s no way to ever prove this is indeed the case, I’ve seen plenty of speculation from fans who are convinced the duo essentially put Game of Thrones on the backburner after they inked a deal to produce a trio of Star Wars movies back in 2018.

Following the finale, outraged fans started a petition in an attempt to prevent Weiss and Benioff from ruining something else, and now, I’m glad to inform them their efforts may have paid off.

According to Deadline, the trilogy in question—which was slated to kick off in 2022—is no more after the two men decided they’d rather focus their attention on the Netflix projects they reportedly got $200 million to work on after signing a contract over the summer.

On Tuesday, they issued a statement to address the matter, saying:

“We love Star Wars. When George Lucas built it, he built us too.

Getting to talk about Star Wars with him and the current Star Wars team was the thrill of a lifetime, and we will always be indebted to the saga that changed everything.”