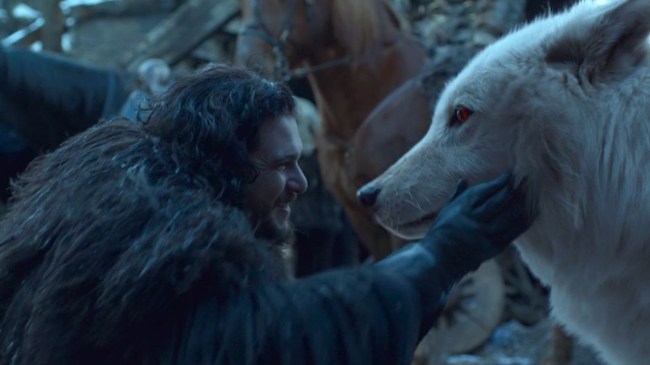 Following the conclusion of Game of Thrones, actors, directors and fans alike have had no shame when it comes to expressing their feelings about the series’ final season.

There was Varys actor Conleth Hill, who struggled to contain his disgust when reading the season 8 script.

There was Lena Headey, who revealed that she wishes the increasingly villainous Cersei Lannister had “a better death”.

Yesterday, we brought you the insight that Sapochnik — who directed two episodes of the final season, “The Long Night” and “The Bells” — wanted to kill “everyone” in the Battle of Winterfell.

However, the reveals didn’t stop there, as Sapochnik also indicated that a battle scene involving 50 (!) direwolves was ultimately scrapped.

When discussing his plans for how the forces of the living were going to deal with the dragon of the undead, Sapochnik states that his original idea was to have all of the realm’s “creatures” gang up on Viserion.

“There were many things that happened, that people would have been so happy to have happened,” Sapochnik told the podcast. “Attack of direwolves and crazy stuff. At some point you’re like, ’50 direwolves attacking an undead dragon does not a good movie make.’”

Now, while a 50 direwolf battle would have likely been a little too ridiculous even for the world of Westeros, the fact remains that Game of Thrones deployment of the direwolves during the tail end of the series was far from satisfactory.

Whether it be the cost of rendering them on CGI or an inability to effectively work them into the plot, the Stark family direwolves were basically sidelined for the series’ final two or three seasons.

At least Ghost got that one last good boy boop, though.