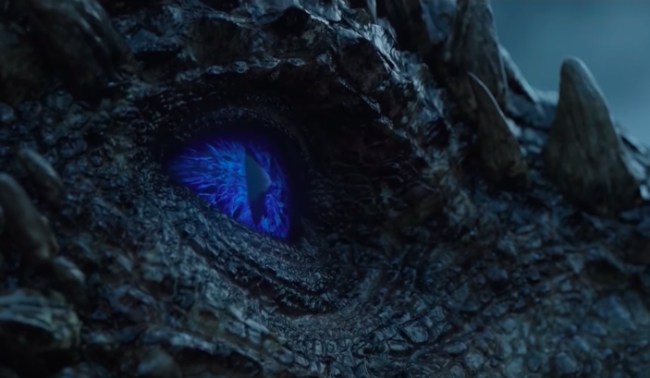 The finale of the most recent season of Game of Thrones had an absolutely bonkers ending thanks to the introduction of a brand new character: a dragon that shoots frickin’ ice (or, depending on the theory, blue fire) out of its mouth.

I can only imagine how jealous Dr. Evil would be.

Of course, no dragon is complete without a roar capable of making grown men involuntarily lose control of their bowels when they hear it and Viserion (the aforementioned ice dragon) is no exception.

However, there’s one question I bet you’ve never thought of that you’ll be craving an answer for as soon as you start pondering it: how do you create the call of a creature that never existed.

It turns out you have to turn to a fairly unlikely source.

One of the coolest (and more underappreciated) jobs in the entertainment industry is that of Foley artists, the people who are responsible for recreating various sounds to make movies and television shows more realistic.

However, what do you do when you’re looking to recreate a fictional sound? In the case of Game of Thrones, you get a bunch of drunk people to scream into a microphone.

The internet recently unearthed an article from Vanity Fair in which Paula Fairfield, the sound designer for the show, revealed she recruited a group of drunk Game of Thrones fans at a viewing party in Chicago to yell as loudly as they could.

She then went on to manipulate the tracks to create the dragon’s scream (she also used the sounds of a jackhammer and a blowtorch as a finishing touch).

Plenty of people have been trying to guess what will happen in the final season of Game of Thrones, and even though I don’t know what’s in store, I doubt we’ve heard the last of Viserion’s drunken screams.