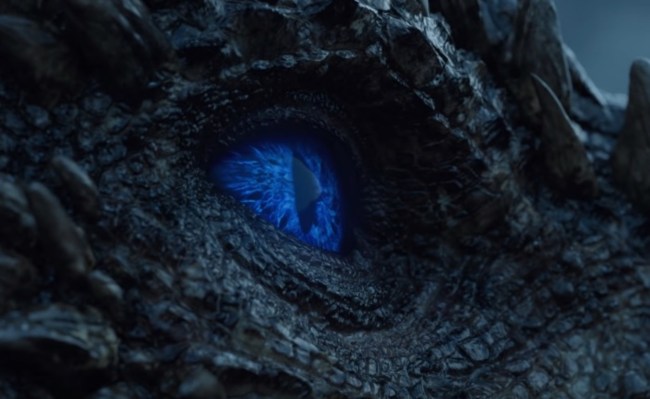 Via HBO / Game of Thrones

I’m sure you know by now that HBO’s Game of Thrones returns to TV this weekend with the 8th and final season premiering on Sunday, April 14th. Are you ready? Have you been binge-watching to catch up on previous seasons? I’ve sort of dropped the ball myself but I’ll be binge-watching all week as a refresher.

Game of Thrones has been the most successful ‘Fantasy’ TV show in history and it’s really not even close. A MASSIVE portion of that success has come from the huge VFX budget. Visual Effects (VFX) accounts for around 20% of the total budget and each episode has a budget of around $15 million for the final season.

Six episodes x $15 million with a 20% VFX budget comes out to around $18,000,000 spent this season on just VFX and A LOT of that goes toward making the 125-foot dragons come to life. It’s possible that Daenerys will blow a three-dragon lead in the final season but we’ll still be watching those dragons as key players in how everything shakes out.

HBO released this short behind-the-scenes clip which shows how the Visual Effects team bring these enormous and hyper-realistic dragons to life:

The Wall Street Journal has an interesting piece about how the dire wolves kinda-sorta led to the rise of realism in the dragons:

In the case of the direwolves that protect members of the fictional Stark family, producers used real, trained wolves on camera. Wolves that were entirely computer-generated would have delivered more fierce action, but the bar was too high for achieving realism. That’s partly because the movements and behaviors of canines are so familiar to viewers.

A new method involving a live wolf, a mechanical stand-in and computer compositing helped the team create “a significant interaction between someone and one of the wolves” this season, Mr. Kullback said, without offering details about the scene, of course. “It was mission-critical to the story.”

The realism test applies to the dragons, too. Mr. Bauer, the show’s visual-effects supervisor, invented a way to film real jets of flame that look much better than computer-generated fire would when shooting from the mouths of the dragons. By mounting a flamethrower to a robotically controlled camera rig, the team filmed fire blasting groups of stunt actors in carefully choreographed incineration scenes. (via)

In scrolling through HBO’s YouTube channel to grab that video above I stumbled upon a shit ton of videos uploaded yesterday in a series titled ‘The Cast Remembers’ which is exactly what it sounds like, the cast paying tribute to their character. Here’s Peter Dinklage looking back at his role of Tyrion Lannister, one of the greatest TV characters in recent memory.

Want more? Here’s a longer version with all of the main cast members.

It’s hard to believe that Game of Thrones is just a few short weeks away from ending. It doesn’t seem that long ago that I was writing 5,000-word recaps on every episode throughout the early seasons back when HBO used to still send out screener DVDs. Now it’s all over and there will be an enormous void left behind on TV. Bums me out.