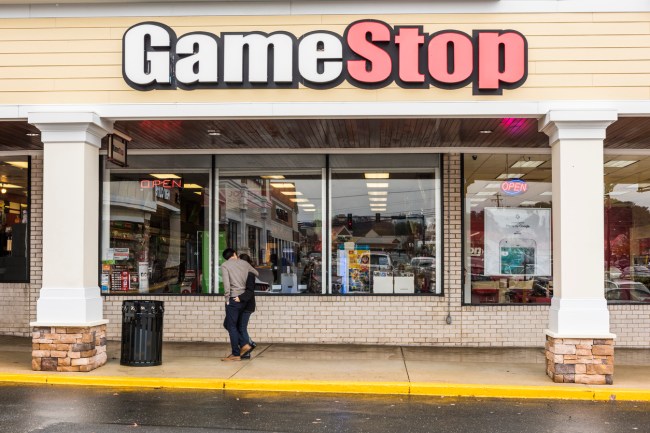 GameStop has earned itself the longstanding reputation of being inconceivably stingy with exchanges, refunds, and trade-ins. You could walk into any of its 7,000+ retail locations looking to trade-in a rare blood diamond, your first born child, a lock of Jesus’ hair, and a samurai sword signed by none other than American Idol’s Randy Jackson, and GameStop will give you just enough money to small Chinese meal in the Food Court.

In GameStop’s defense, for the past couple years, the video game retailer has been in a state of decline with the emergence of Xbox Live, PlayStation Network, and Steam, resulting in over 150 stores closing in 2017. It’s partly GameStop’s own fault, as they have a near monopoly on the physical games industry and have not heeded enough to customer desires.

The manifestation of that customer angst was put on full display at a GameStop location over the weekend.

A man named Tarenthis Campbell posted footage of a man who became irate that he was denied a refund for Fallout 76–which has a measly Mediacritic score of 59 and has been called by Eurogamer “A bizarre, boring, broken mess.”

“This man thinks he get a full refund of fallout 76. [sic] The manager deny his request because of return the policy. So he decided to have a temper tantrum.#dontbuyfallout76,” Campbell wrote.

Check out the electric scene below.

I literally spit out the coffee I wasn’t drinking when Brian was talking on the phone at the end like someone didn’t just tornado up his store–“Hello GameStop this is Brian everything is totally business as usual how may I help you.”

That is the voice of a seasoned GameStop employee who has constantly been on the wrong end of customers complaining about the dogshit return policy, which reads, per the GameStop website:

A pre-owned item can be returned for your money back within 7 days or an exchange of the same item within 30 days.

If a new item doesn’t meet your satisfaction, it can be returned in the original packaging (including any manuals, cables or accessories in working, sellable condition). GameStop reserves the right to refuse return on any opened or defective products. Defective products will be exchanged for a like item.

GameStop will not accept any returns on items that were purchased more than 30 days from receipt. Any item that has been opened, not in its original new condition and has been damaged or played with will also be refused.

I would never advocate for fucking up an entire retail store, but maybe this dude will serve as the catalyst for GameStop to stop sucking so much. A man can dream.