Gang Of Clowns Driving Around, Blasting Creepy Music In Middle Of The Night Is Freaking Out Town 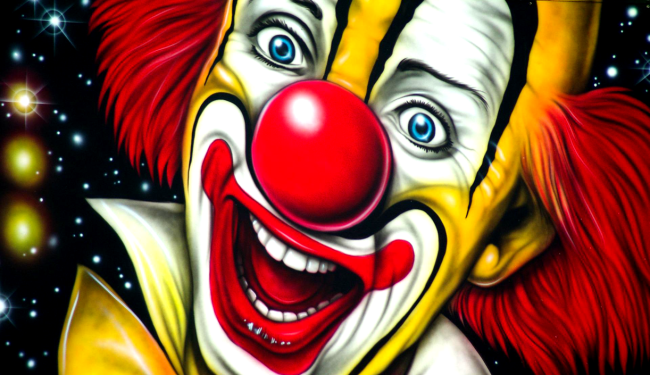 There may be an unprecedented clown shortage in some areas of the world these days, but for the residents of Laindon, Essex in England that is currently not a problem.

What is a problem though is a gang of clowns that have been freaking out several Laindon and Langdon Hills citizens by cruising around in a van in the dark of night, blasting creepy music that sounds like something out of a horror movie.

The Essex Echo reports that multiple residents of the area have reported on social media about hearing the scary-sounding music in the middle of the night.

One person, a 30-year-old resident who asked to remain anonymous, told the Echo the clowns followed him one night at around 2 a.m. and allegedly began to chase him.

“I just want anyone is traveling around Laindon late at night to please be careful, as I have been followed by four men in a van, who looked like they were wearing clown costumes,” he told the Echo.

“I started to run as they were following me, and eventually managed to get away.

“They also had a massive speaker on top of the van which was playing creepy music.

“It has made me feel really scared to walk out late at night on my own.

“It worries me that this is happening in my area, as it is scary, creepy and weird.”

Four men dressed as clowns have been scaring residents in Essex, England

Another area resident, a 35-year-old woman, told the Echo, “I have four children, and late at night these men are playing ridiculously scary music keeping them awake going around Laindon.

“My children now want to move as they are scared. We just don’t know what to do.”

Essex Police say they have had no official reports about the gang of clowns, but Councillor Alex Harrison did say, “If they are playing really loud, scary music, it is something that the police need to look into. And also, as councillor myself, I will now be speaking to people about this and whether they have heard it too.”