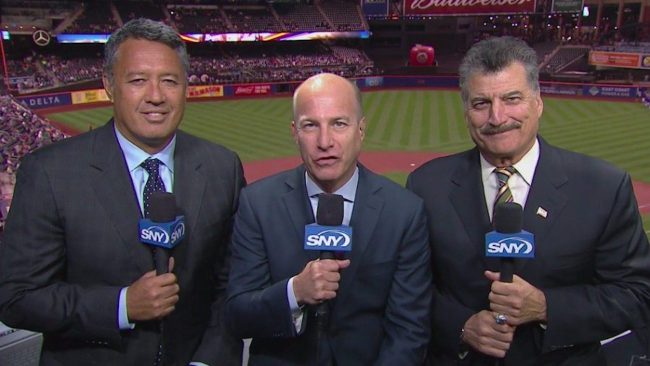 Believe it or not, the New York Metropolitans are the first MLB team to reach double-digit wins on the season after they beat the San Francisco Giants on Thursday night at Citi Field by a score of 6-2.

While this fact would usually be a source of pride and hope for the future of the season, this is, unfortunately, the New York Mets we’re talking about here — a team that seems to always start hot before pitifully collapsing at the end of the season. Look at last year, for example, when they went into the All-Star game leading the NL East only to later miss the playoffs entirely. Long story short: wake me up in September and then I’ll start believing.

Despite my generally dreary outlook on the Mets’ prospects, though, I still tune into virtually every game during the course of the season, and the reason for that doesn’t really have all that much to do with the sport itself: Mets games are simply entertaining and that’s largely due to their broadcast team of Gary Cohen, Ron Darling, and Keith Hernandez.

Cohen, the play-by-play guy, reminded the baseball world why he’s one of the best broadcasters in the game when he was caught on a hot mic being absolutely aghast that the Mets’ network, SNY, was broadcasting New York Yankees highlights.

The Mets will look to continue their hot start to the 2022 season on Friday night when they take on the Diamondbacks in Arizona.