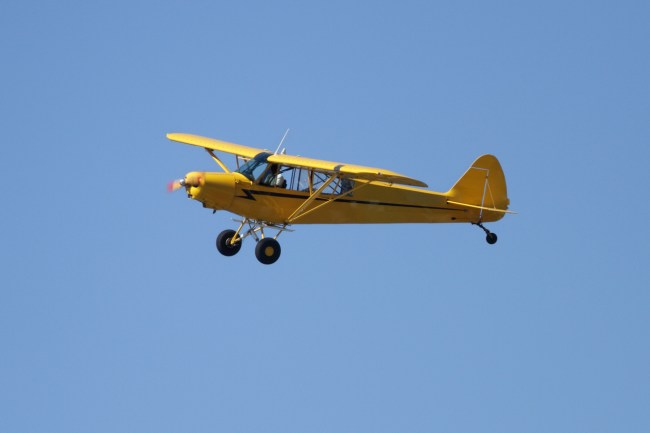 It seems that every over-the-top gender reveal is a complete failure. This latest gender reveal fail ended with a plane crashing and deserves to be on the “Worst Gender Reveals of All-Time” list.

We take you to Turkey, Texas, where an ambitious gender reveal stunt incorporated an airplane, and everything was going swell until the plane crashed. On September 7, a pilot was flying an Air Tractor AT 602 plane with the mission to dump 350 gallons of pink water while flying to announce to the world that a couple was having a baby girl.

According to the National Transportation Safety Board (NTSB), the plane was flying at a very low altitude, and the plane “got too slow,” which caused the aircraft to aerodynamically stall. The pilot, Raj Horan, couldn’t stop the plane from plummeting. The airplane slammed into the ground and flipped over. Hopefully, this is not foreshadowing of what’s to come from this little girl.

“The airplane sustained substantial damage to the fuselage, right wing, and empennage,” the NTSB report read.

What a fun story to tell your daughter every birthday for the rest of her life. “Well Emma, when you were in your mom’s tummy, we wanted to announce your gender, and it turns out that was a bad idea because the plane crashed.”

No people on the ground were hurt, but the pilot and the passenger in the plane were injured. It didn’t help that there was only one seat in the plane and two passengers, according to a Federal Aviation Administration inspector.

This is almost as tragic of a gender reveal as announcing the news on a group text and subjecting everyone to 1,000 “congratulation” messages. Almost.

Gender reveal fails are becoming a common occurrence. Last year, a man was ordered to pay more than $8 million for his gender reveal that started a forest fire and burned over 45,000 acres of land managed by the State of Arizona, the U.S. Forest Service, the Bureau of Land Management, and various private landholders.

There was the gender reveal fail that ended in a car bursting into flames, the one where an expecting dad ended up in a cast, and an expecting father getting hit in the face with a baseball.

Maybe it is time to retire gender reveals.