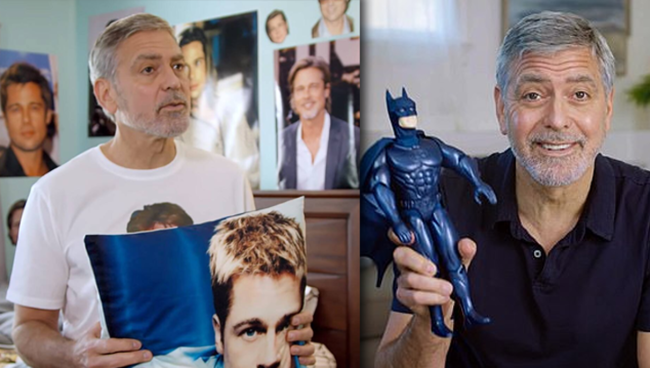 Hanging out with George Clooney seems like it would one of the most fun things you could do in this world. Dude is loaded, is EXTREMELY generous with his friends, knows sports, has dated tons of beautiful women, has tons of famous friends, lives on his own island… his life is a fantasy.

And now, thanks to online fundraising platform Omaze, we get the chance to chill with George and his wife Amal Clooney on that island on Lake Como in Italy, all expenses paid, and support the Clooney Foundation for Justice.

According to this new video, hanging out with George Clooney might not be as great as it sounds.

You see, in the video Clooney gets stranded during the pandemic, forced to shelter in place with a regular guy named Byron (comedian Byron Bowers). 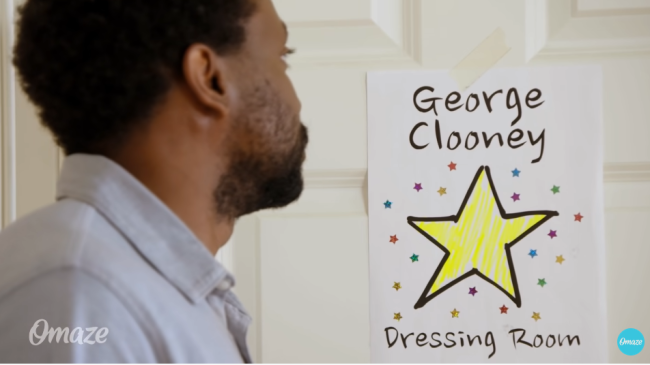 “One of my favorite things about meeting new people is that you never know when a lifelong friendship is gonna blossom,” says Clooney. “In fact, by total dumb luck, I actually ended up spending most of last year stuck rooming with this random guy, and we’re basically best friends now. But don’t take my word for it. Just ask him.”

“Do I recommend hanging out with George Clooney? No. I do not,” says Byron.

“So basically George Clooney swung by my house to pick up something he was buying from me on Craigslist, and the stay at home order hit, and he never left.”

Turns out, Clooney is a HUGE Brad Pitt fan with posters and pillows all over his room, and other places…

Related: Watch George Clooney’s Shocked Reaction When He Finds Out On Live TV About His Bro Brad Pitt Getting A Divorce

“Like, you would think movie night with a critically acclaimed actor and filmmaker would be cool, right?” says Byron, who kills it the entire video. “You think so?”

Clooney then tries to get him to watch Ocean’s Eleven for the 23rd time (“Brad’s great in it too”), but offers to settle for Batman & Robin.

George also struggles with personal boundaries, pays for his stay with autographed headshots, and in the end, still hasn’t gotten out of Byron’s house.

Enter for your chance to win here and you too can learn all there is to know about Flowbees, what it’s like to direct a terrible actor (Matt Damon), and more.