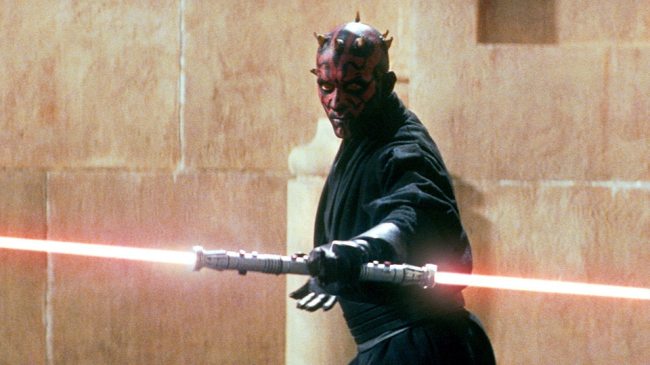 How pathetically the recent Star Wars sequel trilogy has been well-documented on this website. While The Force Awakens was passable and The Last Jedi is better than people give it credit for, The Rise of Skywalker was such a disaster that it made the least money of the three films despite being the decisive and concluding chapter.

A lot of the blame seems to fall at the feet of Disney, as fans accuse the Mouse House of robbing Star Wars of its original magic (to be fair, Rogue One absolutely slaps) and replacing it with the overstuffed commercialism that many of their products have become known for.

Regardless of how you may feel about the sequel trilogy, they were certainly different than what creator George Lucas had originally intended, as he recently revealed that in his version of the sequels, Darth Maul — yes, the same one from The Phantom Menace — would’ve been the “big bad”.

According to Lucas in Star Wars Archives Episode 1-3 The Prequels (via u/bothanspy89), Maul’s trajectory would have been changed significantly had Lucas retained creative control over Star Wars. Instead of struggling to build an alliance that would help him to achieve revenge against those who wronged him, he was supposed to rise through the ranks and become a powerful figure in the galaxy.

Said Lucas, “Maul eventually becomes the godfather of crime in the universe because as the Empire fails, he takes over,” or at least that’s what would have happened in the creator’s version of the sequel movies. This effectively makes Darth Maul the narrative’s main villain as Leia, who leads the New Republic, works to take him, as well as his cohorts, down. [via ScreenRant]

While Lucas famously gave Disney notes on his ideas following their acquisition of Lucasfilm, it’s obvious that the studio felt they knew better, instead choosing to create an entirely new story.